Azorean Identity in Brazil and the USA – Book 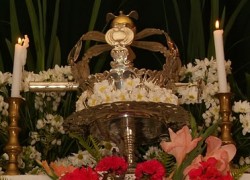 The Ferreira-Mendes Portuguese-American Archives and the Center for Portuguese Studies and Culture at the University of Massachusetts Dartmouth are launching “Azorean Identity in Brazil and the United States: Arguments about History, Culture, and Transnational Connections,” a book by João Leal.

The author has done extensive research on Holy Ghost Festivals in the Azores and in the Azorean diaspora in Brazil, the USA and Canada. His areas of interest also include the history of Portuguese anthropology and discourses on Portuguese national identity.

According to Professor Kimberley DaCosta Holton of Rutgers University, the book “offers a rare, multi-sited portrayal of immigration and expressive culture focused on two hot spots of Azorean settlement,” and provides a “fascinating comparative study and an important ethnography for scholars of Lusophone culture.”

A talk by Professor Leal on the topic “Imperadores and Queens: Travels of a Ritual across the North Atlantic.”  Will take place on Thursday, March 24, from 6:00 to 7:30 P.M. in the Prince Henry Society Reading Room, at the Ferreira-Mendes Portuguese-American Archive. Books will be available for purchase and signing by the author.

Dr. João Leal holds a PhD in Social Anthropology from Instituto Superior de Ciências do Trabalho e da Empresa (ISCTE) in Lisbon.  Currently he is an associate professor in the Department of Anthropology at the Universidade Nova de Lisboa and a senior researcher at CRIA (Centre for Anthropological Research) in Lisbon. For further information.