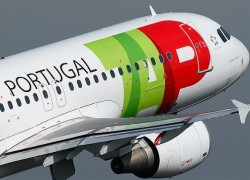 Global Traveler conducted its GT Tested Reader Survey, asking frequent business and luxury travelers to name the best in a variety of travel-related categories. More than 36,000 people responded. The survey was conducted from Jan. 1, 2011, to Aug. 31, 2011.

This year, Global Traveler’s distinguished readers recognized airlines, hotels, loyalty programs and travel-related products in 66 categories. The results of the survey were announced in the December 2011 issue.

Over the past eight years, Global Traveler’s consistent, unbiased reporting has placed the GT Tested Reader Survey among the most highly regarded in the industry.

TAP Air Portugal, the State run national flag carrier, is in the market to be sold as part of Portugal’s bailout deal cut the European Union in May, as a condition for obtaining a 78 billion-euro (US$111.2 USD billion) emergency loan.

According to the JACDEC Airliner Safety Report, released in January 2011, TAP Air Portugal was rated the Western Europe’s safest airline and the fourth world’s safest after Qantas, Air New Zealand, and Finnair.