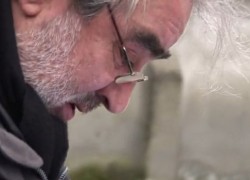 The honor recognizes Moura’s “advancement of the craft and ideas of architecture,” said the announcement. Since 1978, the annual Wolf Prize has been awarded to recipients who have advanced the fields of art and science.

Laureates will receive their awards from Israel President Shimon Peres at a ceremony to be held May 5 at Israel´s Parliament, in Jerusalem.

In 2011, Eduardo Souto de Moura, 59, was the recipient of the Pritzker Prize for Architecture, considered the world’s most prestigious honor in the field, in a ceremony presided by U.S. President Barak Obama.

A native of Porto, Portugal, he has designed over 60 projects in Portugal and abroad. The projects include single family homes, shopping centers, hotels, apartments, offices, art galleries and museums, schools, sports facilities and subways.

The following American, German and Austrian scientists were also recipients of the Wolf Prize, namely Juan Ignacio Cirac from Germany and Peter Zoller from Austria won the prize in physics, two prizes in mathematics went to Americans George D. Mostow and Michael Artin, Robert Langer won the prize in chemistry, and two scientists won the prize in agriculture – Americans Jared Diamond and Joachim Messing. The eight winners from four countries share $100,000 awards in each of five categories.

Established in 1976 by the Wolf family, The Wolf Foundation recognizes “outstanding scientists and artists–irrespective of nationality, race, color, religion, sex or political views–for achievements in the interest  of mankind and friendly relations among peoples.”