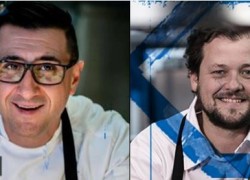 The ‘Portuguese Dinner Series’ event is co-hosted by in-house Chef Anthony Gonçalves and guest Chef João Rodrigues of ‘Feitoria’, a Michelin starred restaurant based in Portugal. The aim is to create memorable food tasting experiences.

Chef Gonçalves often invites friends from Portugal to cook with him, as he did in 2012 inviting Chef Marco Gomes, from the ‘Foz Velha’ restaurant in Porto, Portugal. They come from Portugal, with their crews, equipped to showcase unique Portuguese food tasting events.

The upcoming “Portuguese Dinner Series’ has been scheduled for three-nights. The first night (July 20) will be an exclusive, all about food quiet time, unique opportunity to indulge in some Portuguese food delicacies prepared for a small group of private selected guests.

The first event of the series is hosted by Manuela Bairos, the Consul General of Portugal in New York City. The group includes Portuguese high dignitaries, some of them travelling from Portugal for the event.

There will be two additional nights (July 21 and 22) open to the public. They include a 10 course food tasting experience ticketed for $175 per person, all included, taxes and valet parking.

Each evening is hosted by Paulo Amado, editor of e-taste a Portugal based online magazine, and will be filmed by documentarian Tiago Pereira. 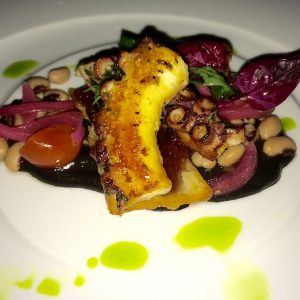 Chef Gonçalves, 45, is a Portuguese-American with roots in mainland Portugal where he often travels to visit relatives. Self-taught – he didn’t go to cooking school – but gets his inspiration from the flavors of the tascas and adegas he visits in the old country.

Chef Gonçalves has already owned and ran successfully a long list of restaurants based in White Plaines, where bringing Portuguese cuisine to the City is what he works for every day.

The effort has brought him fame and attention. Currently he co-owns and manages Kanopi, a private top of the line restaurant at the 42nd floor, atop the White Plains Ritz-Carlton Hotel.

Always expanding, Kanopi offers exquisite Portuguese inspired menus, paired with a long list of Portuguese wines, for which it gets rave reviews from the elite city press, namely the New York Times, the Esquire and Time magazines.