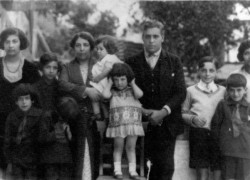 Arístides de Sousa Mendes will the honored in Mineola, New York, at an event organized by the Sousa Mendes Foundation and the International Raoul Wallenberg Foundation. The event sponsored by the Village of Mineola will take place at the Mineola Memorial Library on April 2nd.

The program includes storytelling for children, the exhibition “These are my people! The story of Aristides de Sousa Mendes,” remarks by Senator Jack Martins, the presentation of the film The Consul of Bordeaux, and final remarks by J. J. Prins, a Sousa Mendes visa recipient.

Sousa Mendes, who was the Portuguese Consul in Bordeaux, France, during the Second World War, is credited with saving an estimated 30,000 lives when Paris fell to the advancing Nazi army in June of 1940. Jewish and other refugees tried to escape for Spain and Portugal over night.  Helped by his wife and children, Sousa Mendes issued visas to as many refugees as he could without regard to nationality or religion.