The new executive was sworn in, on Wednesday, by the President of Portugal, Marcelo Rebelo de Sousa, who will preside to the newly elected XXIII Constitutional Government, in a ceremony at the National Palace of Ajuda, in Lisbon.

For the first time, the prime minister’s cabinet honored gender parity among its ministers. There are 9 women and, including the prime minister, 9 men. Of those, Mariana Vieira da Silva was appointed Minister of the Presidency, the number two cabinet position. 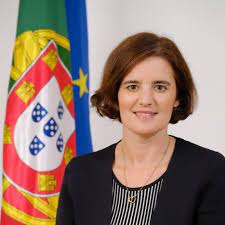 Vested with “vice prime minister” powers, she will manage the administration budget, including the mega Recovery and Resilience Plan, a project approved by the European Union. The plan is supported by €13.9 billion in grants and €2.7 billion in loans to foster economic growth and create an estimated 50, 000 jobs.

In his inaugural speech, António Costa remarked that the Portuguese expect a government able to respond to the difficulties the country faces, for a better future in the short and long term, a government that solves problems and creates opportunities.

“The Portuguese demand that we make up for the lost time with a political crisis they did not want, continuing the path we have been taking and advancing towards a fairer, more prosperous and more innovative country. It is this courage and ambition that this government guarantees. It was in this expectation that the Portuguese gave us a vote of confidence and it is this trust that we want to honor,” he said.

A general snap election was called in November 2021, by President Marcelo Rebelo de Sousa, after Prime Minister António Costa failed to pass a budget after a lawmaker’s majority rejected the government’s budget for 2022.

Since the country’s democratization in the 1970s, Portuguese politics has been home to a moderately multi-party system with two dominant parties. The center-left Socialist Party (PS) and center-right Social Democratic Party (PSD). These two parties have held between 75 and 90 percent of seats between them over the past 30 years.

President Marcelo Rebelo de Sousa, a moderate center-right politician, won a second term in January 2021. As President, he holds a largely ceremonial role, with limited presidential powers, such as appointing the Prime Minister and Council of Ministers, in which the President must be guided by the election results; dismissing the Prime Minister; dissolving Parliament to call early elections; vetoing legislation, which may be overridden by Parliament; and declaring a state of war or siege.

Portugal accounts for over 50% of the world’s cork trees

These bags are the perfect choice for your VEGAN lifestyle, as they are made out of cork that’s extracted from the oak trees in an ORGANIC and SUSTAINABLE way.