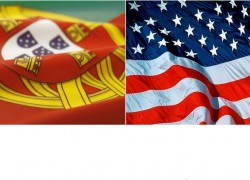 President Barack Obama has nominated Boston attorney Robert Sherman Ambassador to Portugal. Sherman, who helped found the Boston office of mega-law firm Greenberg Traurig, has contributed with more than $2 million in donations in both the 2008 and 2012 presidential elections.

Sherman replaces Ambassador Allan Katz nominated by President Obama in November 2009. The nomination was confirmed by the US Senate in March 2010.  Allan Katz will leave the diplomatic post in Portugal at the end of the month.

Robert A.  Sherman is a founding member of the Boston office of Greenberg Traurig, LLP where he has practiced since 1999.  From 1999 to 2008, he served as co-managing shareholder of Greenberg Traurig, LLP.  Mr. Sherman is a Member of the United States Holocaust Memorial Council since his appointment in January 2013.  From 1994 to 1999, he served as Special Counsel and then Partner at Eckert Seamans Cherin & Mellott, LLC.  Mr. Sherman was an Assistant Attorney General in the Office of the Massachusetts Attorney General where he served as Special Counsel to the Attorney General and Chief of the Consumer Protection Division from 1991 to 1993.  He received a B.A. from the University of Rochester and a J.D. from Boston University School of Law.