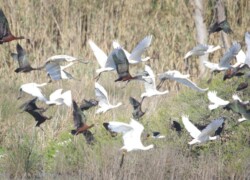 Uncertainty as to when an appeal court in Lisbon will make a decision on an Algarve municipal council’s refusal to order a developer to make an environmental impact study is exacerbating frustrations among campaigners determined to save the wetland site known as Alagoas Brancas.

The campaigners are asking supporters for donations to help them carry on their fight to give permanent protection to this small freshwater site, which is particularly rich in birdlife.

Mayor Luís Encarnação and the municipal council of Lagoa believe that the economic benefits of a project to commercial develop the site would outweigh the environmental consequences of doing so. In support of that argument, they are warning of the high cost to the municipality if they have to indemnify the developer for cancellation of the project.

The campaigners have been emphasizing that the mayor and council are not saying what alternative sites they have offered the developer to mitigate any potential penalties. They are not saying what they have done to secure external funds to pay such penalties, although it is probable that there are funds available in Portugal or in the EU for just such situations. Another thing they are silent about is that they had an opportunity in 2019 to cancel this project without incurring any penalties at all, and why they did not take this opportunity.

Luís Encarnação thinks it financially wise to allow the developer to turn the wetland into an already planned and approved commercial area, thus creating a dispute that has been going on for four and a half years. 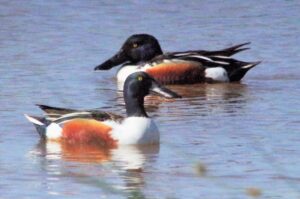 The 11-hectare (27- acre) site is right on the edge of the small city of Lagoa, which took its name from a much larger lagoon that existed for thousands of years before it was adapted for agriculture and then urbanisation. The desire to destroy what remains of the wetland is interpreted by some as a local example of humanity’s global war on nature.

A long stretch of beautiful coastline within the Lagoa municipality, as well as two distinctive Jurassic sites further west at Praia da Luz, are also threatened with highly controversial developments. This is in defiance of Portuguese declarations decades ago that the Algarve would never allow the sort of urban expansion that occurred along Spain’s Costa del Sol.  But that’s another story.

The Lisbon court of appeal will rule on whether the council must demand an environmental impact study before any development project is undertaken. A decision is not expected anytime soon. 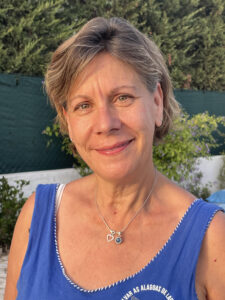 Anabeta Blofeld and several other Portuguese residents, plus members of the expatriate community who make up 21% of the local population, began the ‘Save Alagoas Brancas’ campaign in January 2017. They were joined by environmental agencies that have been cooperating ever since. The extremely active Salvar as Alagoas de Lagoa – Save the Alagoas of Lagoa Facebook group have now nearly 3,000 members and more than 6,500 petition signatures.

It all started when local residents saw truckloads of building waste being dumped into the wetland. They requested clarification from the local council. It transpired that the site had been approved for commercial purposes as far back as 2009. Apparently the developer had been granted a licence by the local council to clear the area, but not fill it in. The council halted the work.

“This was an early signal of how the Lagoa council would create loopholes in rules which would allow the developer to destroy the wetland and then argue that they were unaware of what was going on even though the site is a stone’s throw from the council offices,” says Anabela Blofeld.

“We would later see the council using every means at their disposal to facilitate the destruction of such an important site and make opposition of the developer’s plans difficult.” 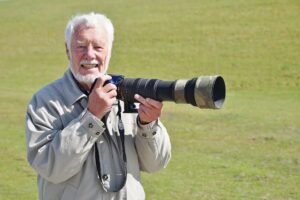 Dr Manfred Temme, a German biologist and ornithologist, began studying and photographing the wetland’s prolific birdlife during annual autumn to spring visits as far back as 2008. He has recorded the presence of 88 species ranging from wildfowl, waders and even sea birds, to raptors and songbirds. Observations by other ornithologists have raised the number of species to more than 120.

“Glossy Ibises have increased tremendously over the past ten years, sometimes with as many as 100 to 900 of this spectacular, long-legged wader feeding by day or roosting at night,” says Dr Temme.

His records show that many of the 50 Spoonbills present in February and March 2917 had been ring combinations from the Netherlands and sometimes Spain.  Some Black-tailed Godwits resting during migration have been carrying ring combinations from the Netherlands and Scandinavia.  Ringing information is regularly exchanged between scientific institutions.

Up to 2,700 Cattle Egret have been recorded sleeping on the wetland and rare Great White Egrets have been spotted. The most distinguished birds of prey recorded have been Marsh Harriers, Booted Eagles and once a Black-winged Kite and an Osprey.

“The breeding presence of very rare Purple Swamphens (pictured below) is reason alone for protecting Alagoas Brancas, says Dr Temme. “Proper management, flooding the area a bit with water in summer, could improve the habitat further.”

The Save Alagoas campaigners can rely on the firm support of Almargem, a well-known regional non-profit organisation devoted to studying and safe-guarding historical, cultural and natural sites in the Algarve, as well as the newly form Association Cidade da Participação – Associação Cívica based in Portimão, which promotes active citizenship in the protection of cultural heritage identity, natural or built. The local campaigners also have the cooperation of the Portuguese ornithological association, SPEA. Political backing has come from the Left Bloc (Bloco de Esquerda) and the People-Animals-Nature (PAN)  parties at local level and in the National Assembly, but the other main political parties have remained largely silent.

“Over the last four years we have had several meetings with Lagoa council officials. We also wrote to the president of the republic, the prime minister, the ministry of the environment, and made complaints to the government watchdog, IGAMOT,” says Anabela Blofeld. “Our negotiations with the council are a history of broken promises and deliberate delays, obfuscation and obstruction by officials from the top down.”

While the mayor of Lagoa argues that the developer has a legal right to go ahead with his plans, the campaigners suggest that he seems to be putting that right above the concerns of many of the citizens he represents. The city council has always had the power to revoke the development permit and declare Alagoas Brancas a local protected area, according to the environmentalists, but officials have continually found excuses not to do this, they say.

The mayor is warning of dire financial consequences of protecting the site. However, he has refused to answer questions about what he has done to seek alternative funding to cover any potential penalties. In fact there was a time in 2019 when the council could have revoked the permit without any financial penalties at all, but it chose not to do so, argues Anabela Blofeld. 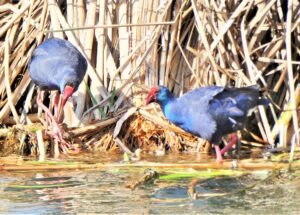 In June 2019, Almargem released a detailed scientific report on Alagoas Brancas and two other wetlands in the Algarve at risk of development. They did so with the collaboration of highly qualified technicians and experts from the University of the Algarve and SPEA. The study reveals that Alagoas Brancas, has a high wealth of wildlife and that the construction on that site would represent a risk of collapse in case of excess load, a risk of contamination of aquifers and a high probability of flooding throughout the urban area if the wetland was wiped out.

Campaigners obtained a court order in the Algarve in May this year to temporarily block any development work. The Lagoa council was advised to order an environmental impact study, which it has refused to do so the matter has gone to Lisbon.

Expecting that the Lagoa mayor and the council will not give up easily, the Salvar as Alagoas de Lagoa group has launched a crowdfunding campaign to raise money to help with all the legal and other costs. It is appealing to the public for even small donations as the fight goes on. You may send your donation here.