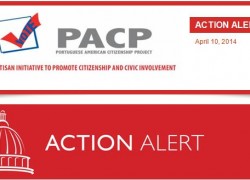 In 2012, the CA legislature unanimously approved the construction of the California Portuguese American Veteran Memorial. Since then the Portuguese community has been trying to get the memorial built, but has run into bureaucratic red tape. In response, Assemblywoman Kristen Olsen has introduced AB 146, which aims to expedite the memorial’s construction.

At this week’s hearing the of Governmental Organization Committee, the committee chairman, Senator Lou Correa, held over the proposed legislation – causing further delay. We are asking members of the Portuguese community to contact Senator Correa to voice their support for AB 146.