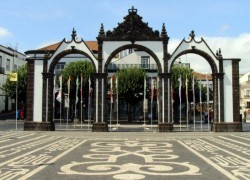 The Association of British Travel Agents (ABTA) will hold its annual 2017 Travel Convention in Ponta Delgada, Azores where more than 500 tourism professionals will meet October 9-11. ABTA is largest association of tourist distribution companies in the United Kingdom.

Hosted by the Government of the Azores in partnership with the Portuguese Association of Travel and Tourism Agencies (APAVT), the event will be a unique opportunity to promote this region and country in the British tourism market.

Noel Josephides ABTA Chairman said: “I am delighted that the Azores will be the destination for the 2017 Travel Convention. The Azores islands are a truly stunning location, one of the world’s last unspoilt wildernesses, with beautiful countryside offset dramatically by the Atlantic Ocean. Ponta Delgada, our host city, is a charming location with some wonderful old world buildings with restaurants offering the best in Portuguese cuisine and I know delegates will be very warmly welcomed by the local people.”

The three-day program includes plenary and workshop sessions and optional activities such as soccer match, golf tournament and local excursions designed to showcase the natural beauty of the Azores voted one of the most beautiful places in the world by National Geographic in 2016.

Speakers will provide delegates with a broad vision of the future and a wide spectrum of tips and insights, designed to help and support travel businesses as they navigate an ever-changing environment.

The ABTA Travel Convention will be held in Teatro Micaelense Cultural and Congress Center, located in the heart of the old town of Ponta Delgada.