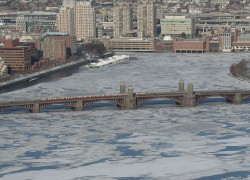 Throughout May and June, the Portuguese community of Greater Boston will celebrate their ethnic pride with a series of cultural events.

The celebrations, sponsored by the Consulate General of Portugal and the Luso-American Education Foundation, will start on May 5 with a Portuguese music recital by Tenor Zachary Wilder held at 7 pm, at the Emmanuel Church, 15 Newbury St., in Boston.

On May 9 to 31, 6pm, at the Art Gallery 360, at Northeastern University, will display the work by Portuguese artist Ricardo Passos, whose paintings, graphic designs, jewelry and pottery pieces have been featured over 60 international exhibits.

On May 21, the Consulate General of Portugal, located at 699 Boylston St., Boston,  7th floor, will open a photo exhibit by Rodney Soares.

On May 22, a ” Day of Azores” conference will take place at the Cambridge Multicultural Center, 41 Second Street, in Cambridge.

On June 3, a reception “Celebrating Lisbon,” sponsored by Boston Portuguese Festival organization, will take place at the Fairmont Copley Plaza Hotel, with Jazz by Francisco Pais.

On June 5, the celebrations will culminate with the Day of Portugal Parade,  taking palce at 2:30 pm, in Somerville and Cambridge.

On June 11, an exhibit featuring the Portuguese “Lusitano” worse will be held at 2 pm, at Casa Lusitana, at 20 Jasper Lane in Tyngsboro, MA. The event will also feature Fado music and Portuguese folk dance by Rancho Folclórico de Peabody and Corações Lusíadas.

On June 12, starting at 2 pm, the Saint Anthony Church annual procession will take place at 400 Cardinal Medeiros Avenue, in Cambridge.

On June 12, the Azorean Whale Boat Regatta will take place at the Charles River, sponsored by the Azorean Maritime Heritage Society, with the participation of competing rowing crews, including the Massachusetts Institute of Technology crews.

On June 12, the festival will conclude with the Day of Portugal celebrations in the Boston area with the ceremony of the raising of the Portuguese flag at at 11 am, at the Boston City Hall, on the City Hall Square.

On June 17, as part of the celebrations, the Cambridge Public L ibrary,  449 Broadway, Cambridge, MA, will offer an open reception at 6pm forthe photo exhibit by Rodney Soares.