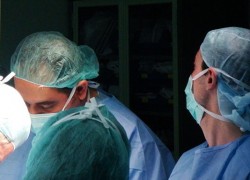 Portugal contracted 42 additional Colombian medical doctors due to a shortage of general and family practitioners in the country. Portugal has also a deficit in specialists, namely anesthetists, obstetricians and pediatricians.

The candidates were selected from a group of more than 300 applicants in Bogota, and were required to learn Portuguese.

According to official figures, in 2010 foreigners doctors in Portugal represented 9.3 percent of a total of 42,031 medical practitioners nationwide.

Data from Ordem dos Médicos (OM) — the Portuguese Medical Association — show that in 2008 there were 39,473 licensed medical doctors in Portugal, from which 3,736 were foreign.

The high standards required by the Portuguese medical schools for acceptance and the number of Portuguese students going abroad to study medicine are forcing the Government to import doctors.

Medical training in Portugal takes a total of six years, after which students must serve as interns before becoming registered. The Ordem dos Medicos — Portuguese Medical Association — oversees the training and registration of doctors.