2020: Portugal dropped in the Index of Democracy – The Economist 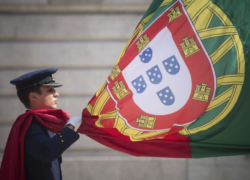 Portugal has dropped in the Index of Democracy compiled annually by The Economist magazine, to be no longer a “fully democratic country,” back to being in the category of a “flawed democracy.”

The main reasons for the drop, result from restrictions in civil liberties imposed by the COVID’19 pandemic and a reduction on active parliamentary deliberations, the report said.

With an overall score of 7.90 (out of 10) Portugal now ranks 26th in the overall ranking and 15th in The Economist report.

The ranking puts Portugal and France on the same level; both had previously climbed into the “fully democratic country” category.

The two counties are now the only countries in Western Europe to register this decline, with 13 countries now considered as ‘fully democratic countries’. Other countries in the European region classified as ‘democracy with flaws’ are Italy, Malta, Cyprus, Greece and Belgium.

Considering the ‘Lusophone’ countries none ranked as a full democracy on the  2020 Index of Democracy report. Brazil rose three slots to 49th position (passing from 6.86 to 6.92 points); Cape Verde fell two positions (to 32nd in the ranking, with a global score of 7.65); East Timor fell to 44th place, from 41st, scoring 7.06; Guinea-Bissau is well down the list, in 147th place; Angola, Mozambique and Equatorial Guinea are still considered ‘authoritarian regimes’.

Worldwide, the United States ranked 25th among most democratic nations, out of 167 countries analyzed, but remained in the “flawed democracy” category after being demoted from the “full democracy” group in 2016. Norway was the highest ranked democracy,  followed by Iceland, Sweden, New Zealand, Canada, according to The Economist 2020 Index of Democracy. The most “flawed” were Chad, Syria, Central African Republic, Democratic Republic of Congo, and North Korea.

The report recorded the lowest average global democracy score since the index was first published in 2006.

Portugal transitioned to a modern democracy after the Carnation Revolution of 1974, which ended the 40-year autocratic regime lead by Oliveira Salazar.

Last week, Portugal dropped three places, to 33rd place with 61 points, in the 2020 Corruption Perception Index report by Transparency International. With the lowest score ever, Portugal is now “well below the average figures for Western Europe and the European Union, set at 66 points,” it was reported. Transparency International (TI), a non-governmental organization (NGO), is present in more than 100 countries, with the mission to take action to combat institutional corruption globally.

Consult the full The Economist 2020 Index of Democracy Report here.