2019: The eyes of the world on Portugal – Press Review 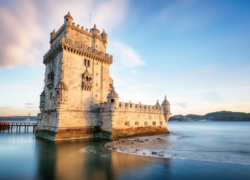 Portugal has been much in the international news this year and most of the reports in the major papers have been positive.

When Portugal was rated number three in this year’s Global Peace Index, published annually by the Australia-based Institute for Economics and Peace, the Sydney Morning Herald was naturally among those quick off the mark to list the results.

While noting that Portugal was up one place from last year and now third behind Iceland and New Zealand, the newspaper quoted the institute’s founder as saying that of the 163 countries monitored over the past decade, 80 had become more peaceful while 83 had become less so.

The Washington Times had to admit that the United States had dropped four places since last year and was now rated 128th in the global index.

October’s general election in Portugal was extensively covered and, even though Prime Minister António Costa’s party failed to win an outright majority, the Guardian pointed out that the Socialists’ victory cemented modest gains across the European Union for the centre-left, which has suffered a disastrous few years of fallout since the 2008 financial crisis.

The Financial Times emphasised that the re-election of Prime Minister Costa was  the latest sign of a resurgence among Europe’s traditional social democratic parties following worries for the centre-left in Denmark, Spain, Finland and Sweden.

“In Portugal it’s heaven. The rest of Europe has gone crazy” made a catchy headline in the Sunday Times. It was referring partly to the fact that the global financial crisis had brought Portugal to its knees, yet a decade later the country was booming thanks to a left-wing government.

The paper went on to quote Portugal’s Finance Minister Mário Centeno as claiming: “We’re growing faster than all average-sized countries in Europe”.

Bloomberg had plenty to say about property and declared that Portugal was Europe’s hottest property market but that it was getting too hot for some buyers. It attributed this to Portugal sticking to its golden visa programe even though locals are being squeezed.

An article in the New York Times focused on the Alentejo region and in particular the village of Melides, which is being transformed “as a wave of super affluent Europeans — artists, bankers, actors and sports stars — have discovered this extraordinarily beautiful spot”.

The paper went on to tell its readers that Melides: “happens to sit in the middle of a 40-mile stretch of nearly untouched Atlantic Ocean beaches, and at the edge of hundreds of square miles of cork oak fields, vineyards and rice fields”. Melides and the rest of the Alentejo coast, it said, is what St. Tropez used to be in the 1950s, “before Brigitte Bardot, or Ibiza  –  before the first wave of summer partyers ever heard of the Mediterranean hot spot”.

The Wall Street Journal came up with another secret hideaway for the elite: Comporta in the municipality of Alcácer in the district of Setúbal. Apparently it has been attracting vacationing royalty, politicians and celebrities, but for decades this 18-mile stretch of coastline has remained largely undeveloped. The paper reckons that international developers are aiming to capitalize on the area’s growing popularity by launching new resort and residential projects.

Tourism for ordinary folk with tighter budgets has also taken up a lot of newspaper space this year.  All-inclusive holidays have become increasingly popular, especially in the Algarve.

“All-in on the Algarve proves to be easy-going family fun”, according to the travel section in the Times. It gushed about “sunshine, entertainment on tap and no money headaches” on an all-inclusive visits.

A couple of years ago the Boston Globe ran a story explaining why Portugal was such a hot holiday destination: “Relatively affordable with fascinating history and even a little Harry Potter must-visit mystique, is why this tiny country is suddenly on everyone’s lips”.

Holiday recommendations have been just as enthusiastic this year in other papers. For example,  “Golden beaches, low prices: Portugal’s most beautiful seaside destinations for a final dose of summer”, made a helpful headline in the Telegraph.

A seven night, half-board B&B offer at £416 per person was on offer in the Belfast Telegraph, which waxed lyrical about the Algarve’s coast and country, described the region as one of the most popular holiday destinations in Europe, with modern resorts offering every amenity a holidaymaker could wish for, as well as historic whitewashed towns and fishing ports, full of tradition and atmosphere.

If they didn’t already know it, Belfast readers learned that resorts here offer “an abundance of great bars, shops, cafés and restaurants, while trips to colourful local markets provide an entertaining and rewarding pastime. With warm sunshine”.

Summer is the ideal time for most holidaymakers to enjoy this most appealing and lively destination, but the Irish Independent had some other timely advice: it’s good to visit the Algarve out of season for those who seek tranquillity. For one thing, it’s easy to hire a car “unhindered by August’s intense heat and traffic gridlock”.

The Mail Online travel section suggested that holidaymakers “savour the Algarve at its authentic best, from sensational seafood to some of Europe’s best coastal walks”.

A guide in the Toronto Globe and Mail rated all parts of Portugal north to south as “a foodie’s paradise” and went into detail why.

Occasionally, foreign newspapers quite correctly come up with stories involving serious misadventure or crime in this country, but the Scotsman ran a remarkably positive article on drug addiction, entitled “Why Scotland can ill afford to ignore Portugal’s ground-breaking war on drugs”. The award-winning columnist wrote that it was the lack of moral judgment, even more than the headline-grabbing decriminalization, that defined Portugal’s much-lauded drugs policy.

The gist of her article was that, as the country with the highest number of drugs deaths in the EU, Scotland is desperate for answers  –  and perhaps Portugal can provide some of them.

Oh, and by the way, the Straits Times in faraway Singapore was one of the highly reputable newspapers to remind readers in October that 34-year-old Cristiano Ronaldo had just scored his 700th goal in a dazzling career. Never mind that Portugal lost the game 2-1.