Book: The Conjurer & Other Azorean Tales – By Darrell Kastin – Review 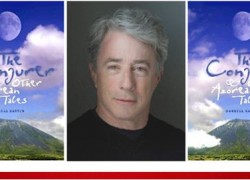 Darrell Kastin is a Portuguese-American writer who is making quite a name for himself.  Born in Los Angeles, California, in 1957, much of his writing focuses on his family’s roots in the Azores.

He is a novelist, short story writer, poet, and musician, and his work is much influenced by Azorean and Portuguese culture.  In 2009, Tagus Press published his award-winning novel The Undiscovered Island.  In December 2012, the same press released his short story collection The Conjurer & Other Azorean Tales.

In an interview with Carolina Matos in the PAJ last year, Kastin spoke about his admiration for the Azores:

The islands are beautiful, and they interest me for that reason, alone. The fact that they are not exploited, that they have managed to retain so much of their natural beauty. I find the history of the islands and the history of Portugal fascinating. So many things we do not know, so many questions––answers lost in the mists of time.

On his passion for Azorean people and how they enter his fiction, he says:

I’ve also met a number of interesting characters each time I’ve visited the islands, including fishermen, old-time whalers, business owners, the elderly––who always interest me––and educated and uneducated men and women. I wish there were more authentic folk tales, and since there aren’t many, I made my own––that’s how I see my stories.

Kastin’s The Conjurer & Other Azorean Tales is a truly remarkable collection of short fiction.  In your daily peregrinations, if you ever feel the urge to open a nearby window to evoke the feeling of the distant Azorean sea-breeze on your cheek, then this collection could very well serve your needs for a more instantaneous and magical escape.  Every whimsical tale lifts the reader aloft on a journey back home to the soils and skydome of the Azores. 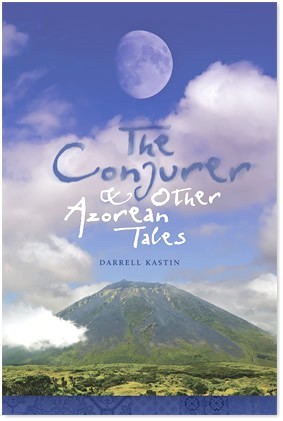 The paperback cover handsomely portrays the island of Pico with its volcanic peak amid lazy, wistful clouds as an ethereal moon waxes in cerulean sky above the mountain.  Blues and greens, and grey-tinged clouds compliment the fanciful white and blue letters of the book’s title.

It is a thin collection of less than 165 pages, each story is about 5 pages in length, yet the places and characters are as robust as those in an epic novel–they are memorable.  Kastin scatters his prose with Portuguese vernacular that will remind you of friends and family–you know the ones, those who always have stories to tell.

Perhaps you have family members like Miguel Luis Reis, the fisherman in the story “The Witches and the Fisherman.”  His story sounds like a practical joke someone played on him.  Something weird happens to Miguel’s boat.  After returning home from fishing, Miguel docks the boat, and later returns to find things missing or items added to his equipment.  In fact, he learns that the boat has been moved and someone used it.

Naturally, he does what any sensible Azorean man would do to catch a prankster.  Rather than call law enforcement, he lies in waiting aboard the boat under a tarp, staking out the perpetrators; this way, he’ll catch them red-handed.

We soon discover that his story is no practical joke.  Miguel’s boat–with him hiding on it–is commandeered for an evening of frivolity: “Three witches, pale as chalk and hideous as sin, huddled in the stern of the boat, laughing and cackling and making a grand time of it.”  The scene is reminiscent of the ugly sisters in Shakespeare’s Macbeth–they even have a black cauldron that bubbles and brews with toil and trouble.

The boat does not sail but flies above the sea’s surface as the witches take him on a speedy joy ride in the night.  Miguel is so scared that he passes out.  When he awakes, he discovers that the boat landed on the sands of Praia Formosa on the island of Santa Maria, where he meets the beautiful girl Ana Sofia, who becomes his wife.

Of course, as we might expect, this is a rather typical story about how Azorean men meet the women of their dreams.  The sleight-of-hand is that not everyone has such good fortune with stolen boats or magical witches.

As it happens, though, not all Azorean men are as lucky as Miguel the fisherman.  Some men   marry a woman who really stinks.  Naturally, she doesn’t stink at first.  She never does, the woman of your dreams.  She might emerge from a giant pink seashell like Botticelli’s Venus, or shine like Homer’s river nymphs, but then you marry the girl only to realize that you must share a bed with the stench of her unkind wounds. 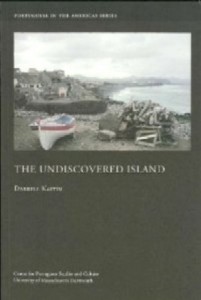 As we know, marriages are not always happy.  Often a spouse gains weight, he or she loses their looks, and with time, a person suffers the foibles of mortality, relinquishing little things that were once cute and endearing.  But truly, it’s the stink that a man cannot live with, the unceasing wounds that stain the bed sheets.

In “The Wounds” a husband finds himself in this situation: wounds break out on his wife’s body, stinking to high heaven.  He complains, “I don’t have a wife anymore.  I have an open wound chained to her holy bed of agonies.”  The stench is a malignant evil, forcing him to leave his house.  His wife’s Job-like suffering divides the townspeople and they take sides, some of them empathize with her suffering, making her into a kind of saintly martyr.  They donate money, sell tickets to local pilgrims for visitation rites, and make home improvements.

Finally, the wife dies.  The husband, who’s been living with his sister’s family, doesn’t believe post-mortem reports.  According to him, his wife is fooling everyone.  But the townspeople convince him to witness his wife’s dead body.  In fact, he does and cannot deny she’s dead.  Finally, he sleeps peacefully next to her, dreaming as a happily married man.

If life is a dream, as nursery stories tell us, then what happens when a man cannot awake from a dreaming life?  Each day blends into another and he does not die–his stinking wound is  continuous time, a path ahead with no end in sight, and so his days are endless–the man is immortal.  Most men would consider eternal mortal life a blessing.  But on second thought, as Bernard Williams considers in his famous essay “The Makropolus Case,” eternal life might be awfully monotonous.

In “Alfredo’s Timeless Death,” we learn about an elderly man who cannot die.  The village plans his funeral and there is much excitement and expectation of his death, but it doesn’t happen.  He courts death by putting himself in harm’s way, but death is on holiday.  He becomes senile, talks inscrutably, and one by one he outlives the villagers.

Alfredo eventually leaves the village and his old friend Jose Vincente searches the trail of his elusive death–Alfredo’s legend lives on.

Kastin’s tales invoke magical legend.  In “Maria Almeida’s Miraculous Fate,” a girl takes a dolphin lover.  Maria hears the “angelic voices” of dolphins and sings their music.  Like the selkies of Irish mythology, and to the consternation of island villagers, Maria’s home is the sea, swimming with dolphins, who make her one of their own.

In “The Exile,” Fernando Noronha lives in California and is homesick; he receives parcels of topsoil from his native island of Faial.  He has difficulty assimilating to American culture with its harsh language and dreams of his Azorean home.

The strongest, most fanciful story in the collection is “The Conjurer.”  Valdemar Coutinho has a special relationship with his grandson, who he shows “forgotten shards of memory, lost dreams” through the physics of transformative visions.  The characters become pulsing specks of waves and light who transverse space and time, past and present, demonstrating that “nothing is impossible.”  Indeed, in Darrell Kastin’s imaginative tales– nothing is impossible.