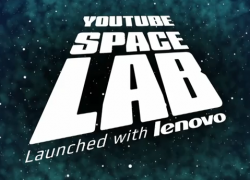 Two Portuguese teams are among the 60 world finalists for the YouTube Space Lab: Space Experiment Competition For Teens.

One of the Portuguese teams is formed by João Pereira and Vasco Ferreira freshmen at the Faculty of Bio-Engineering at the University of Porto. The other team is formed by Daniel Carvalho, Guilherme Aresta, and Miguel Ferreira, high school students at  Escola Secundária Júlio Dantas, in Lagos, Algarve.

The competition allows high school students from all around the globe, between the ages of 14 to 18, to submit science projects. Winners will see their experiment performed in space.

The contest is being conducted by YouTube, Lenovo and Space Adventures, in association with The National Aeronautics and Space Administration ( NASA), the European Space Agency (ESA) and the Japan Aerospace Exploration Agency (JAXA), who gave budding scientists a platform to showcase their talent.

The YouTube Space Lab asked contestants to come up with a science experiment and upload a two-minute video explaining it to YouTube. A finalist voting period underaway occurs until February 24. Voting is open to the YouTube community, and everyone can vote on each entry once a day. The winning idea will be performed on the International Space Station and broadcast on the site.

To vote for João Pereira and Vasco Ferreira’s team go to http://goo.gl/T9Ot9 .

Entries are biology or physics-related and have to include an experiment question, hypothesis, method for conducting the experiment, and description of the expected results. A panel of judges will decide who walks away with the final prize.

Google’s Head of Marketing Operations in Europe, Middle East, and Africa Zahaan Bharmal, came up with the idea for Space Lab.

The objective is to “allow ordinary students the extraordinary opportunity of having their experiment carried out in space,” and that the channel would “serve as a home base on YouTube for creating, sharing, and discovering the best space and science-related videos in the world,” said Bharmal.

Thousands of youngsters from more than 80 countries have participated of which 60 were shortlisted to the finals including the two Portuguese finalists.

Six regional winners (two teams from each of the three regions- The Americas, Europe, Middle-East and Africa and Asia-Pacific) will be announced and will gather in Washington, DC, in March to experience a ZERO-G flight and receive a Lenovo IdeaPad laptop.

YouTube EDU was created to make the site a more effective tool for education, and the Space Lab channel aims to further that goal. The competition is part of a broader YouTube initiative to expand technology and innovation into the classroom.

The Space Lab channel itself, which serves as a launch pad for discovering the best space and science videos on YouTube, has received more than 40 million combined video views worldwide.