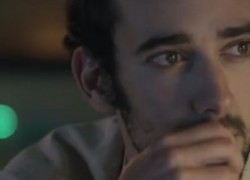 The short film “North Atlantic,” directed by Bernardo Nascimento, is shortlisted among the 50 semi-finalists to win the Your Film Festival on YouTube.

The shortlisted films are now featured on YouTube and the public are invited to vote for your favorites.

The 50 semi-finalists were selected from more than 15,000 short films submitted by creators worldwide.

Audiences from around are invited to cast their votes, choosing 10 finalists. The 10 finalists will travel to Italy, where their work will screen at the 2012 Venice Film Festival.

A grand prize winner will be then named by a special jury and awarded a $500,000 YouTube original production grant.

Voting is open until July 13. Viewers across the world may vote on their favorite feature, once a day every day for each video, by logging to youtube.com/yourfilmfestival.

The 15 minute production is drama involving an isolated air traffic controller in the Azores connected with a lone pilot helplessly adrift over the North Atlantic.

Bernardo, who is based in London, UK, told Lisbon based Jornal de Notícias he is very pleased with the interested around his film. The feature has already caught international attention after being premiered at the London Film Festival and presented at various international competitions.

Bernardo Nascimento was born in Portugal in 1975, spending his childhood between Lisbon and Madeira. He studied Music and History in Lisbon and Paris before he started working in film as an assistant director with Portuguese director Manoel de Oliveira. In 2005 he moved to London, working in projects from “auteur” films to blockbusters like Mathew Vaughn’s Kick Ass. North  Atlantic is Bernardo’s debut as director.

The Your Film Festival competition is a global search to find the world’s best storytellers. The initiative was launched June 11, by YouTube and Emirates, in partnership with La Biennale di Venezia (the Venice Film Festival) and Scott Free. The fifty semi-finalists were selected by Scott Free Productions, Ridley and Tony Scott’s production company.