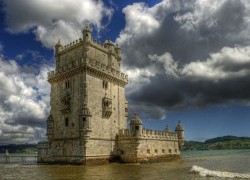 Unemployment for college graduates in Portugal rose 16 percent last year and an estimated 64,000 are out of work or under-employed. According to Lisbon based National Statistics Institute (INE), there are 95,400 people under the age of 25 unemployed.

More of the best-educated are packing and leaving Portugal to seek work in the former Portuguese colonies of Angola, Mozambique and Brazil — all listed among the 10 fastest-growing countries in the world.

Portugal’s Emigration Observatory revealed that in Angola, the number of Portuguese registered at the consulates went from almost 57,000 in 2008, to just over 74,500 in 2009.

Last year in Mozambique, the number of permits granted to Portuguese citizens went up almost 13 percent to nearly 12,000.

According to the INE figures, unemployment in Portugal climbed to a record 11.1 percent the last quarter of 2010, with a total of 610,000 unemployed.

The jobless rate for males increased to 10.1 percent from 9.6 percent, while that for females edged down to 12.3 percent from 12.4 percent.

Immigrant workers in Portugal are also among those being hard hit by unemployment and some are seeking help to return to their homelands.