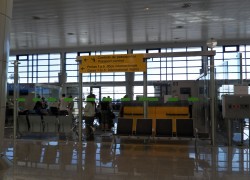 Young professionals will leave the Azores in the near future to seek job opportunities abroad in richer European countries or will “rediscover the Americas,” warned the Luso-Canadian immigration expert José Carlos Teixeira, at the 16th International Metropolis Conference underway in Ponta Delgada, September 12-16.

“Azorean young professionals will have to leave. I do not see a short term solution for the problem of employment,” said José Carlos Teixeira, Professor at the University of British Columbia, Canada, in a statement to Lusa news agency.

Referring to Canada as an example of country that welcomes young foreign university trained workers, Professor Teixeira said that “Canada is open to such immigrants, although most of job opportunities available are outside major cities such as Montreal, Toronto or Vancouver, in smaller, rural areas.”

“It would be great that these young graduates would come to enrich the Portuguese presence in North America,” said Professor Teixeira.

Unemployment in the Azores increased 0.2 percent to 9.7 percent, in the second quarter of 2001, according to Lisbon-based National Institute of Statistics(INS).

More than 500 researchers, policy-makers, international organizations and non-governmental organizations are debating in Ponta Delgada the challenges and opportunities of immigration at the 16th International Metropolis Conference, the largest global forum on migration.

The program includes eight plenary sessions, 75 workshop, four round tables, and five field trips – four in São Miguel and one in Faial and Pico islands.

The International Metropolis Project, based in Ottawa, Ontario, Canada, is a forum for bridging research, policy and practice on migration and diversity. The Project aims to enhance academic research capacity, encourage policy-relevant research on migration and diversity issues, and facilitates the use of that research by governments and non-governmental organizations, from across North America and Europe as well as a growing presence in Africa, Latin America and much of the Asia-Pacific region.