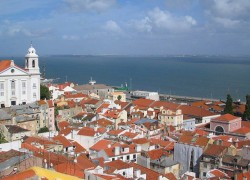 Lisbon was nominated by the prestigious World Travel Awards (WTA), for the World’s Leading City Break Destination Award regarded as the “Tourism Oscar”.

Established in 1993, the World Travel Awards honors and rewards excellence across all sectors of the tourism industry offering one of the most prestigious and comprehensive awards program in travel and tourism, recognized worldwide as the hallmark of industry excellence. The Wall Street Journal has heralded WTA as “the Oscar’s of the travel industry.”

The winners are determined by an online vote cast by hundreds of travel professionals and consumers around the world.  Winning finalists will be announced November 30, 2013 in a ceremony held in Qatar. Voting open to the public ends November 10. To vote log on to www.worldtravelawards.com/vote