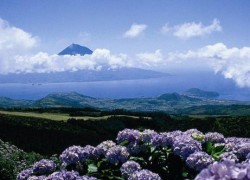 The winners are determined by an online vote cast by hundreds of travel professionals and consumers around the world.  To place your vote go to www.worldtravelawards.com/vote. Voting open to the public ends July 17, 2016.

The other nominees are the Balearic Islands, Canary Islands, Crete (Greece), Cyprus, Guernsey (Channel Islands), Malta and Sardinia. Winning WTA finalists will be announced at the Grand Final Gala Ceremony to be held at the end of the year, date to be announced. In 2016, World Travel Awards will celebrate its 23rd anniversary year.

In 2014 Madeira was named “Best European Destination’ to celebrate New Year’s. In 2014, the he Azores were listed one of the most sustainable green destinations in the world and the leading 2014 European green tourism destination by Quality Coast.

Established in 1993, the World Travel Awards honors and rewards excellence across all sectors of the tourism industry offering one of the most prestigious and comprehensive awards program in travel and tourism, recognized worldwide as the hallmark of industry excellence. Awards are given both on a world level and international region level in a wide range of categories. Categories include hotel, airline, travel agency, and car-hire company. The Wall Street Journal has heralded WTA as “the Oscar’s of the travel industry.”