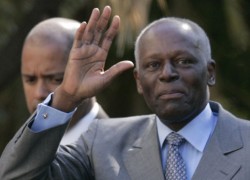 The US Administration wants to aid Angola preparing for its second post-civil war general election, scheduled for next year, according to US Ambassador in Angola Christopher McMullen — reported Wednesday Lusa news agency.

“Discussions are underway in Washington […] to include funds in the next budget to support the help we plan to give the electoral process in Angola,” McMullen said, as quoted by the Angolan national news agency Angop.

Speaking in the central highland Angolan city of Huambo, the US Ambassador specified that the US aid would be directed to promoting dialogue between political parties and to civic education, Angop said.

During a four-day visit to Angola’s second city, McMullen met with local officials and representatives of the ruling MPLA and main opposition UNITA parties.

Angola, a former Portuguese colony and one of the fastest growing economies in the world, will hold a general election in 2012.

As a result, Dos Santos, who has ruled the African country for 30 years and is the ruling MPLA party’s 2012 presidential candidate, is expected to remain in power for two additional five-year mandates that end in 2022.

Angola emerged from a 27-year-long civil war in 2002, and held its first post-war parliamentary election in 2008 in which the ruling MPLA party won 82 percent of the vote.

Dos Santos, branded as the “kid” when he came to power at the age of 37, is the continent’s second-longest serving leader after Libya’s Muammar Gaddafi.