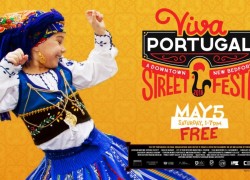 The festival ‘Viva Portugal!’ is returning to New Bedford on May 5 to celebrate the art, music and culture of Portugal.

On its 3rd edition, the festival is sponsored by the Zeiterion Performing Arts Center in partnership with 14 local Portuguese-American organizations.

The festival starts at 12:45pm opening with a Portuguese brass band parading up Spring Street from the DeMello International Center to the Viva Portugal! Festival stage on the Acushnet Avenue area.

Four downtown New Bedford blocks will be filled with people enjoying the tastes, sights and sounds of Portuguese culture, including lectures, readings, live music, cooking demos, folkloric dance, including activities for the children and a read-a-thon of the Lusiads the epic poem Portuguese National poet Luiz Vaz de Camoes.

Live entertainment will start at 1:30 pm with the folkloric group from the Portuguese School followed by the The Zukes Ukulele Orchestra at 2:15 pm. The Portuguese Kids comedy troupe will take the stage at 3pm. Fado singer Sofia Ribeiro, of Portugal, will perform at 5 pm. Floats provided by the Clube Madeirense S.S. Sacramento will display a replica of the Columbus Santa Maria Ship, a Madeira wine press and a replica of the Madeira Island. 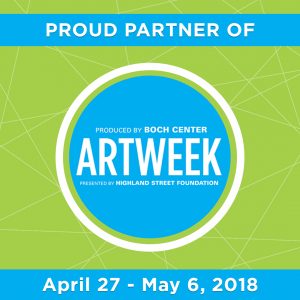 In the evening the Zeiterion Performing Arts Center will stage a replica of fado café with performances by California’s fado singers Angela Brito and David Garcia and Sofia Ribeiro from Portugal, followed by a complimentary Portuguese wine tasting reception.

Tickets are $35 and all proceeds will benefit the Discovery Language Academy and Zeiterion Performing Arts Center.

The ‘Viva Portugal!’ celebration is part of the ArtWeek initiative, a week of festivities presented by Highland Street Foundation and produced by the Boch Center. All outdoors activities are free.