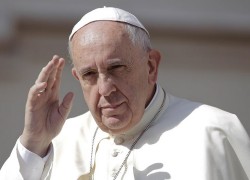 Following the announcement that two of the visionaries of Fátima, Francisco and Jacinta Marto, are soon to be canonized, hopes have been expressed that the process be accelerated to elevate the third and principle visionary, Lúcia Santos, to sainthood.

The three shepherd children claimed to have witnessed apparitions of the Virgin Mary at Fátima in 1917.

The Marto siblings are likely to be canonized during Pope Francis’ pilgrimage to Fátima on 12th-13th May, the centenary of the first of six monthly Marian apparitions. 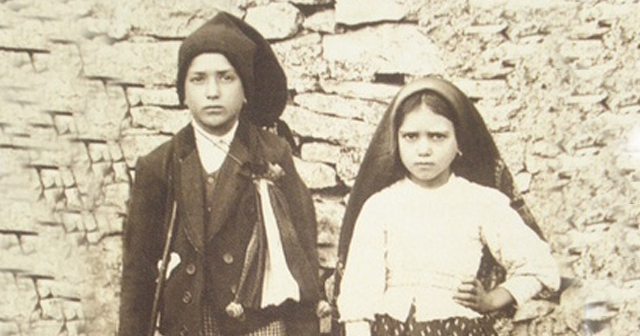 Although the Vatican has yet to reveal the timing of the canonization, it is now much anticipated following Pope Francis’ official recognition last week of the so-called ‘Miracle of the Sun’ at Fátima in October 1917.

The Vatican has said that Pope Francis signed the recognition decree during a meeting with Cardinal Angelo Amato, prefect of the Congregation for the Causes of Saints.

The cardinals and bishops who are members of the congregation must vote to recommend their canonization and then the Pope would convene the cardinals resident in Rome for a consistory to approve the sainthood.

Portuguese newspapers reported in in 1917 that up to 70,000 people along with Francisco, Jacinta and their older cousin Lúcia watched a spectacular lunar display at the time the children had predicted a miracle.

The Marto siblings were beatified by Pope John Paul II in 2000. Papal approval of a miracle is required to elevate beatification to canonization.

Francisco Marto, born in 1908 and the second youngest of the Fátima seers, died in 1919, a victim of the 1918 influenza pandemic that swept through Europe.

Jacinta Marto, who was just seven years of age in 1917, fell seriously ill in 1919 and suffered considerably before dying after an operation in a Lisbon hospital in February the following year.

Lúcia Santos, who was ten at the time of the apparitions, died in 2005 at the age of 97. All three of the seers now rest together in the basilica in the Fátima sanctuary, which will welcome hundreds of thousands of pilgrims from all over the world this centenary year.

Pope Benedict XVI decided to speed up the beatification process for Sister Lúcia in 2008. The Congregation for the Causes of Saints announced that the pope had chosen to dispense with the mandatory five-year delay usually required after the death of a nominee.

The process of beatifying had previously been considerably speeded up for Mother Teresa and Pope John Paul II.

Three years to the day after the death of Sister Lúcia, Cardinal José Saraiva Martins at a Mass in Coimbra where she lived from 1948 until 2005, announced that Benedict XVI had decided to dispense with the missing two years.

For some, especially traditionalist Catholics long critical of the handling by successive popes of the so-called third secret of Fátima, the canonization of Lúcia is being unnecessarily delayed and cannot come quick enough.

(*) Len Port is a journalist and author. Born in Northern Ireland, his first written pieces were published while he was working in the Natural History Museum, London. Since then he has worked as a news reporter, mainly in Hong Kong, Northern Ireland, South Africa and Portugal. In addition to reporting hard news for some of the world’s leading news organizations, he has produced countless feature articles on all sorts of subjects for a range of publications. Now living in southern Portugal, his books include travel guides and children’s stories. His ebooks – People in a Place Apart and The Fátima Phenomenon – Divine Grace, Delusion or Pious Fraud?, Fátima – Milagre, Ilusão ou Fraude?are available from amazon.com and amazon.co.uk. His blog posts can be viewed at algarvenewswatch.blogspot.com