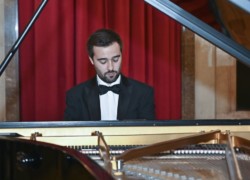 Freitas Branco (1890-1955) was a preeminent figure in Portuguese music in the first half of the twentieth century. His “10 Prelúdios” are unquestionably influenced by works by Debussy, whom he met in Paris in the 1910s. 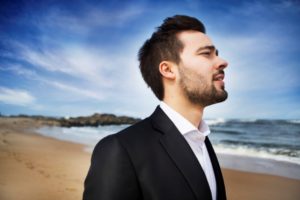 “I am thrilled to share the music of Luís Freitas Branco with New York City! While not widely known outside of Portugal, he is one of the most significant voices in 20th century concert music in Portugal, and certainly has been an influence on my own artistry,” Vasco Dantas stated.

Vasco Dantas started to learn the piano with 4 years old. He made his first public concert and performed live for the Portuguese National TV (RTP1) two years later.  Since the age of 7, Vasco Dantas has also been studying the violin with Prof. José Paulo Jesus. He achieved distinction as a violinist in the Momentum Perpetuum Orchestra, in the “Official Youth Orchestra of Portuguese Music Conservatories” (OJCOM) and as concertmaster in the Lisbon Metropolitan Young Orchestra. In 2000, he was admitted with honors at Porto Music Conservatory, where he concluded his studies with the Swedish Prof. Rosgard Lingardson, with the highest marks.

Born in Porto in 1992, Vasco Dantas has a Bachelor’s Degree in Music with “Distinction” by the London Royal College of Music, with the Russian Prof. Dmitri Alexeev and the South-African Niel Immelman, followed by a Master’s Degree in Performance under the guidance of the German Prof. Heribert Koch at University of Münster, in Germany. He has been invited to record for Galician Radio and KNS Classical.

Highlights of Vasco Dantas’ 2019-20 season included performances with the Banda Sinfónica Portuguesa and Lisbon Gulbenkian Orchestra, solo recitals at Ciclo de Concertos do Palácio da Pena in Sintra, Portugal and Piano on the Rocks International Festival in Sedona, Arizona, and the release of a new solo CD, “Delikatessen,” on the ARS Produktion label featuring Lieder by Schumann, transcribed for solo piano by Carl Reinecke, as well as “Fados” by three Portuguese composers: Rey Colaço, Óscar da Silva, and Eduardo Burnay.

Learn more about this virtuoso young performer in this Insider Interview