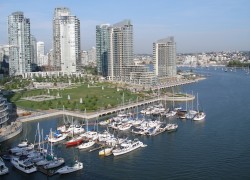 By Carolina Matos, Editor — The Portuguese resident community in Vancouver, British Columbia, Canada, is celebrating their Portuguese Heritage Month this June with an arts and culture festival aimed at showcasing the Portuguese culture as part of the multicultural make up of Canada.

From art exhibits to music and fado singing, theater and dance performances, to sporting events and religious festivities, the month long festival embraces the Portuguese culture and offers a little something for everyone.

Since then every year, either the Province Attorney General or the Mayor of the City of Vancouver, proclaim the month of June “Portuguese Heritage Month.” In his proclamation, the provincial Attorney General has stated “British Columbians of Portuguese heritage have been a part of the province since the 1800s, according to historical archives, and have contributed through an entrepreneurial and community spirit to the social, economic and cultural life of the province.”

The Mayor of Vancouver has also stated “Vancouver’s citizens of Portuguese descent are to be congratulated for their many contributions to our City’s way of life.” The Minister of Canadian Heritage has also added, “I commend the efforts of the Portuguese Centre of Vancouver, who are building new bridges of understanding among people of all backgrounds.”

According to Terry Costa, 36, founder and organizer of the Portuguese Heritage Month, he first contacted, one by one, every Portuguese organization in Vancouver and invited them to bring their June cultural celebrations under one single program.

As an example, this year the Coastal Jazz Festival is featuring Portuguese fado singer Ana Moura, and the event became part of the Portuguese Heritage Month. Terry Costa said, “We try to connect all the Portuguese organizations and all the Portuguese related events, so that all cultural events in June, related to our community, are imbedded into the Canadian society. In that way, instead of our events being presented as just small community occasions, they become something for everyone. This gives more visibility to the Portuguese culture and the Portuguese community.”

Another example is the “Portuguese Water Dog Day” event. As Costa explained, “People say that it is quite exciting that anyone that has a Portuguese water dog can get together and meet each other and the dogs can meet each other, and all that becomes part of the Portuguese Heritage Month.”

Terry was born in Canada to parents from Candelaria, Pico, Azores. His parents have returned to Pico and, although he visits them frequently, he feels he is a true Canadian. He said, “I go to Pico and I go to Lisbon. Lisbon is one of the most exiting cities in the world. That’s how I see Portugal today. When I come back to the so called diaspora, I feel that it is hard for the older generation, back in the community, to understand how much things have moved forward in Portugal since the 60s and the 70s.”

This perspective inspired the younger generation of Portuguese Canadians to start the “Jovens Vancouver” dedicated to all young descendants of Portuguese immigrants for whom embracing their heritage is a different experience. He said, “The young get tired of seeing the older generation doing about the same thing.” And he added, “I saw a lack of something in our community that I could connect to. I wanted my Greek friends, my Asian friends to learn about my culture and I wanted to see my culture as part of Canada, something that could be recognized as Portugal of today. That was one of the reasons why we have the Portuguese Heritage Month.”

Terry is very proud of the success achieved with the Portuguese Heritage Month initiative which now attracts a multicultural crowd every year in June. He said, “I believe 10,000 people are involved in the different events, what is quite large for us.” 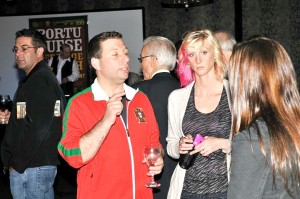 The highlight of the Portuguese Heritage Month is always around June 10th when the Portuguese community celebrates the Day of Portugal. Terry describes it, “We have a launch event every year. This year we are promoting the Portuguese beer Super Bock together with a Portuguese wine tasting event. Representatives from the city are invited to come. The General Consul of Portugal is also invited. It’s a more formal event. We pass Portuguese appetizers around and we socialize with the Canadian society.”

An estimated 50,000 British Columbia residents are Portuguese or of Portuguese descent. Vancouver city is home to nearly 16,000 Portuguese and their descendents. About 65 percent are of Azorean descent from São Miguel and Pico. The rest are from mainland Portugal , mostly from Algarve and Beiras.