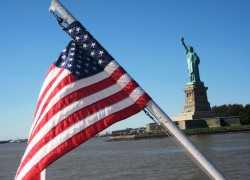 Portugal has to conclude a data sharing agreement with the US on terrorist suspects, in the coming months, if it wants to remain exempt from visa obligations, the US ambassador in Lisbon, Allan Katz, said Wednesday.

The anti-terrorist information agreement has already been achieved with 24 of the 36 countries whose citizens do not need visas to enter the US.

According to Ambassador Katz “progress” has been made and he believed an agreement with the Portuguese administration would be sealed shortly.

A controversial deal enabling transfer of EU air passenger data to U.S. authorities as part of the global fight against terrorism was approved on Thursday in the European Parliament.

The agreement, intended to replace a provisional accord from 2007, sets the legal conditions to transfer air passengers’ personal data to the U.S. Department of Homeland Security.

The data include the name, address, phone number, credit card details, travel agency data and baggage information as well as “sensitive” personal data such as a religious meal choice or requests for assistance due to a medical condition.

After two years of wrangling due to privacy concerns the deal was approved with 409 voting in favor, 226 against and 33 abstentions. The agreement says data will be stored in an active data base for up to five years, though after a first six months the information is “depersonalized” — the passenger’s name is masked out.

United States and European Union efforts against terrorism have produced a number of new accords  that seek to improve police and judicial cooperation.  Read more >>