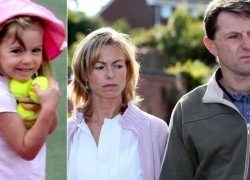 In the midst of the latest phase in the investigation into the disappearance of Madeleine McCann, Sky News presenter Kay Burley entered the fray with an article in the Daily Mirror in which she castigated “conspiracy theorists” and “haters” of Madeleine’s parents.

Burley, a reporter and newsreader of long standing, wrote: “I am absolutely staggered by the number of people on social media who think they know exactly what happened to little Madeleine. Conspiracy theorists believe that it’s only a matter of time before the McCanns are held culpable for their daughter’s disappearance.”

Burley went on to dismiss criticisms of Kate McCann’s refusal to answer questions put to her by Portuguese police, and to belittle what many have read into the findings of cadaver dogs in the McCanns holiday apartment and a hire car they used.

“Easy to dismiss such claims as Looney Tunes, but even a national newspaper was guilty of claiming the McCanns know more than they have told the police,” wrote Burley.

“As a mother I am offended and appalled by such unfounded allegations.

“Every morning the McCann’s must wake up only to be smothered by a blanket of guilt. ‘ If only we’d done this…’

“They have always held on to the hope that Madeleine will be found alive.

“So as the search continues, please ignore the haters and think instead of two desperate parents hundreds of miles away sitting by the phone and hoping against hope that nothing is found this time.”

This heartfelt standpoint exemplifies one of the most contentious features of this extraordinary case. In the absence of indisputable evidence, two conflicting schools of thought have developed about what happened to Madeleine: one that she was abducted, the other that she died inadvertently in the apartment and her parents were somehow involved in a cover-up.

There was no proof either way in 2007 and there is none today, but it is human nature to adopt a preferred line of probability depending on one’s logical and emotional approach.

It is true that many people hiding in the safety of anonymity or pseudonyms make abhorrent, highly abusive comments on internet sites. In the absence of legal options, indeed they should be ignored.

The trouble with Kay Burley’s condemnation, however, is that in its broad sweep it fails to recognize that many of those who do not accept as a given fact that Madeleine was abducted are not “haters.”

Some of the McCann doubters and critics have probably studied this case in more depth and for longer than most mainstream media journalists in Britain. 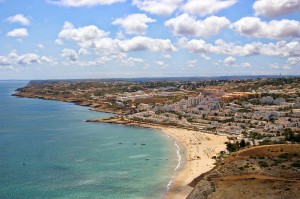 Praia da Luz, the unlikely scene of such an extraordinary mystery.

They are aware, for example, that back in May 2007 no trace was found of a break-in or a burglary, let alone a kidnapping, at the apartment from which Madeleine went missing.

Well-informed sceptics want the truth to emerge so that justice can finally be done. Their reasoned arguments and conclusions are worthy of serious consideration.

Not everyone believes what they hear on television news channels or read in newspapers. ‘Churnalistic’ and seemingly servile coverage of this case gives rise to distrust.

While there is genuine compassion for Madeleine’s devastated parents, a great many Portuguese mothers are offended and appalled by the repercussions in this country of leaving Madeleine and her siblings alone that fateful night.

The reputations of the Portuguese judicial police, the original lead detective and a range of innocent ‘suspects’ have been blackened in the British media over the years.

To cap it all, the Algarve has been cast recently as a hotbed of pedophilia and the ordinary folk dependent on tourism for their livelihood in Praia da Luz have been subjected to the crass timing of the current search operations.

Obviously this case has been a very public and impassioned one, but simplistic rants in the mainstream or social media are not helpful.

One indisputable fact is that no matter how much anyone sympathizes with or is critical of Kate and Gerry McCann, it is still far from clear exactly what happened to their daughter.

Sadly, it is looking increasing unlikely we shall know any time soon.

At the end of a TV interview at the weekend, former Chief Inspector Gonçalo Amaral, who believes Madeleine died in the apartment, was asked: “Will we ever find out what really happened that night?”

He replied: “Yes, we will. When MI5 opens the case files we will find out. Don’t forget that the British secret services followed the case right from the beginning. On location.”

Amaral did not predict how long it might be before that information becomes available.