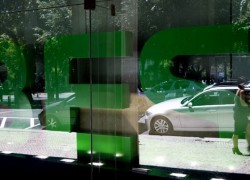 The Espírito Santo financial group is the subject of various different investigations and that pre-date the scandals that have broken in recent days and weeks, an official source from Portugal’s Attorney General’s office told Lusa Friday.

“There are enquiries ongoing related to this subject and that are actually ongoing since before the news reports of recent weeks,” the source said before adding that the purpose was to “analyzes the penal relevance of events” at the financial group.

Whilst refusing to provide any further details, Lusa was told that the Attorney General’s office has been and was continuing to undertake all the necessary steps to unravelling events in the group.

Meanwhile, over in Panama, the financial regulatory authorities announced from Thursday to Friday that they were taking over the Banco Espírito Santo subsidiary in that country, Es Bank.

A statement from the Bank of Panama said that the current situation of Es Bank Panama resulted from problems at its main shareholder that limit access “to financial resources and that impact on its capacity to engage in its activities,” the statement explained.

The authorities were also at pains to emphasize that the decisions to take over control of Es Bank had followed discussions that had included senior bank directors as well as regulators responsible for the bank.

The statement said Es Bank operated in Panama under an international license issued in 2001 with $30 million in capital underwritten by a Luxembourg based entity.

DBRS cut the Banco Espírito Santo subordinate debt rating from BB (high) to B (high) and remaining under revision for a further downward move.

DBRS said in a statement that the bank “is vulnerable to the deterioration in the financial position of entities included within the Espírito Santo group” before also pointing to the “outstanding uncertainty” over the bank’s position in Angola.

Related Posts on the Web