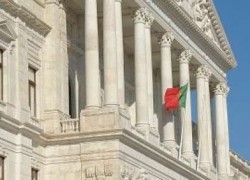 Speaking to reporters, Santos Pereira declined to specify whether the cuts would take effect this year, after they are put to parliamentary vote.

The number of civil holidays to cut was agreed two weeks ago in negotiations between the government, employers, and the smaller of Portugal’s two major labor confederations, the UGT.

The two public holidays to be dropped are Republic Day cerebrated on October 5th and Independence Day on December 1st .

Two religious holidays to be removed, Corpus Christi Day a movable holiday cleebrated in June and and the Assumption of Our Lady Day , celebrated on August 15, were agreed with the Catholic Church.

Last May, Portugal agreed on a 78bilion-euro ($104 USDbillion) emergency bailout loan with the European Union, and the International
Monetary Fund. The terms of the agreement also called for structural reforms such as tax increases, spending cuts, labor law reforms and the privatizationof public holdings.

Portugal’s economy has been projected to stay on a deep recession this year and next with a rise in unemployment from the current level of 13.6 percent, which is already the highest in three decades.