Update: Is the Madeleine McCann case at a crossroad? – By Len Port 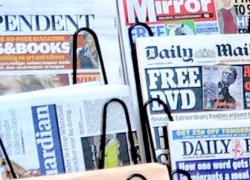 The Madeleine McCann case seems to have reached a critical juncture: police are planning to start a new phase in the investigation, but there is a very real risk it may collapse in disarray.

The paradox is explained by a fundamental difference in the way the Portuguese and British police go about their business.

The forthcoming investigative activities will be conducted by the Polícia Judiciária (PJ) working on behalf of the Metropolitan Police Service.

The normal and preferred practice of the Met is to brief the media on an ongoing basis. They do not necessarily reveal full details, but pass on as much information as possible while still safeguarding operations.

The Met says this usually ensures that media coverage assists rather than damages an investigation.

The policy of the PJ is very different. It does not brief the media on current investigations. The Portuguese penal code forbids this in order to avoid releasing anything that might prejudice a case.

The PJ has made its position very clear to the Met and the Met has alerted the British media: there will be no briefings on the joint operation from either side.

The PJ has warned that if the British police do pass on information, or if journalists cause any disruption, the new phase of the Madeleine investigation will be closed, at least until any infringement is sorted out.

After talks with his PJ counterpart, the Met’s assistant commissioner, Mark Rowley, fully accepted this. “We respect the Portuguese position as we would expect them to respect our position if we were carrying out work on their behalf in the UK,” he said in a letter to editors. “Collectively we all need to think carefully about our actions in this case.”

In a statement on Facebook last week, Kate and Gerry McCann said that “interference” by journalists in the latest phase of the investigation “not only makes the work of the police more difficult, it can potentially damage and destroy the investigation altogether – and hence the chances of us finding Madeleine and discovering what has happened to her.”

Just before the 7th anniversary of Madeleine’s disappearance on May 3, the British media were full of stories about a lone sexual predator assaulting British girls on holiday in the Algarve.

Immediately after the anniversary, the spotlight switched to ground searches planned for specific sites.

The Mirror started the rash of stories on the searches with a “world exclusive” headlined “Maddie cops to start digging up resort.” It reported a source close to the McCanns as saying that “Kate and Gerry have been told police will be conducting the searches in and around Praia da Luz as soon as they get the green light from Portuguese authorities.”

The Mirror’s unnamed source went on to say that Kate and Gerry “don’t believe police are acting on any new tip off. They just need to carry out their own digs, looking for any possible clues that Portuguese authorities may have missed on their previous searches.”

Reports followed in several papers about growing tensions between the Met and the PJ. The Met was frustrated by the slowness of the bureaucratic process needed to get the searches underway. The PJ was irritated not only by media briefings, but also by the nature of the new phase of the investigation.

The PJ is said to have dismissed the Met’s theory that Madeleine may have been abducted by a lone predator suspected of attacking British girls. Furthermore, the PJ is said to consider digging for evidence in Praia da Luz a waste of time.

A point the mainstream media almost never touch on is that a great many skeptical observers, privately or in online forums, seriously question why the Met and the British media do not budge from the abduction hypothesis. The skeptics also wonder if the investigation is going anywhere except into oblivion.