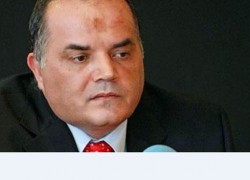 Gonçalo Amaral insists that the lawfulness of his book Maddie: A Verdade da Mentira is “indisputable” and has reiterated that he may file a counter lawsuit against Kate and Gerry McCann.

The lead detective in the original investigation into the disappearance of Madeleine McCann revealed this in a Facebook message to supporters in which he gave an assessment of his position on the current libel action brought against him by the McCanns.

Mr Amaral said he was considering seeking compensation from the McCanns and others for the enormous damages he claims they have caused him on different levels.

Both Kate and Gerry McCann were allowed to address the court in Lisbon’s Palace of Justice a fortnight before the long-running trial was adjourned yet again. The suspension meant that closing arguments on behalf of Mr Amaral could not be heard before the court went into summer recess.

In his Facebook statement, Mr Amaral began by saying: “Upon reading the news about the most recent trial session, I am certain that the vast majority of journalists don’t know what is being discussed in court, and have not reported correctly.”

He went on to itemize what he sees as being at stake in the trial.

He insisted that the lawfulness of the book was indisputable because of a decision of the Appellate Court in Lisbon, which overturned an earlier ruling banning the book.

“With proof of the lawfulness of the book, the matter should rest here, without the need to investigate anything further, namely concerning the damages that the plaintiffs complain about,” he said.

“Nonetheless, we should note that even if the lawfulness may still be at stake, there is still the need to establish a causal nexus between the publication and the damages that the plaintiffs complain about, such as deep depression, social isolation, etc. And, of course, to prove that said damages, no matter where they originate from, really exist.”

Mr Amaral continued: “Concerning the social part, it seems obvious to me, if we pay attention to the countless social events that the plaintiffs have participated in, including speeches at the British Parliament, interviews on television shows like Oprah Winfrey’s, gala dinners with illustrious personalities, namely British, among others, that said social isolation is totally false.

“Concerning the depressions, although they are in no way proved within the case, in my opinion, in fact it would be very strange if they didn’t exist. The disappearance of a daughter, whether she is dead or alive, whether or not she was abducted, has to originate enormous consequences of that kind. How strange would it be if that wasn’t the case!

“But about this issue I won’t say anything further, given that the plaintiffs seem to attribute to me and my book all of their pain, as if said disappearance, followed by their arguido status and other circumstances that surround the case, were of no importance, or weren’t more than enough!”

Mr Amaral blamed the latest postponement of the case on “clearly dilatory maneuvers” on the part of the McCanns. He wants the case to finish as soon as possible, he said, but fears it will drag on for a long time, exacerbated by a scheduled reorganization within the judicial system in September following the end of the summer recess.

Despite this, “my trust in Portuguese justice remains steadfast,” Mr Amaral said.

In thanking those who have supported him, he said it would have been impossible to fight the McCann’s libel action without them.

Towards the end of his statement, he revealed that he is considering filing a lawsuit against the McCann couple and others, “in order to be compensated for the enormous damages that they have caused me already, on all levels, such as moral, professional and financial.”
Mr Amaral concluded: “The time to judicially react to all those who have put my privacy, my intimacy, my freedom of expression and opinion, and my survival conditions at stake is approaching.
“They have tried to assassinate me civilly, but due to the support and solidarity of all of you, they were not successful.”