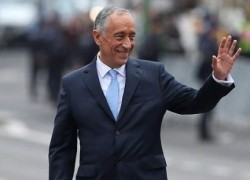 The President of the Portugal also participated in high-level meetings relating to peacekeeping actions around the world and met the delegation of the Community of Portuguese Speaking Countries (CPLP).

He  will stay in New York until Wednesday to attend and address the 73rd session of the General Assembly of the United Nations with an intervention on Tuesday by the President of the United States Donald Trump.

On Wednesday, President Rebelo de Sousa will also participate in the general debate of the 73rd session of the UN General Assembly, a body made up of representatives of all the 193 member states.

This year, the General Assembly will stress the relevance of the United Nations under the topic: “The UN is relevant to all: Global leadership and shared responsibility for peaceful, equitable and sustainable societies.”

In September 2016, the President of Portugal participated in the 71st session of the United Nations General Assembly focused on the candidacy of António Guterres as Secretary-General – a position the former Portuguese Prime Minister holds since January 1, 2017.