Unemployment rate up to 12.5% – Portugal 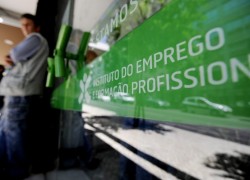 Figures from Eurostat revealed Monday the unemployment rate in Portugal had climbed to 12.5% in September with youth unemployment (under-25) rising two decimals to 27.1%, returning to the level of June after dipping to 12.4% in July and August.

Portugal now holds the fourth worst unemployment rate behind Spain with a rise in September to 22.6%; Ireland, improving slightly to 14.2%; and Slovakia rising to 13.5%.

The EU average for September was 9.7 percent and the Eurozone average 10.2 percent reaching the highest figure since June 2010. Both of those figures have risen by 0.2 percent in a month’s time.

The lowest EU unemployment rates were 3.9 percent Austria, 4.5 percent in Holland and 4.8 percent in Luxembourg.

Across the 17 nations that share the single currency, more than 16 million people are out of work, the European Union’s statistics agency said.

Portugal’s consumer confidence index has also sank to a historic low in October, while the economic climate index nearly did the same, the National Statistics Institute (INE) reported.

The consumer confidence index for the month shrank to -53.0, the gloomiest ever, with the pessimism of Portuguese families rising in regards to employment, income, savings capacity, and the country’s general situation, according to INE.

According to the INE, the economic climate index fell to -2.9, approaching the lowest-ever level that registered since April 2009.