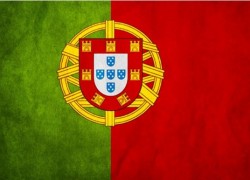 Portugal remained in 41st place in the 2014 Human Development Index from a total of 183 countries the United Nations said on Thursday.

The index is calculated using three human development dimensions: a long and healthy life, access to knowledge and a decent standard of living. These take into account factors such as average life expectancy, years of schooling and Gross Domestic Product (GDP) per capita.

Portugal, which shares the ranking with Chile, stayed in the group of countries with “very high human development” with a score of 0.822. Life expectancy is 79.9 years and people have an average of 8.2 years of schooling and a GDP per capita of $24,130.

Norway is at the top of the ranking, followed by Australia, Sweden, Holland and the US. At the other end come Niger, Congo and the Central African Republic.

In the Portuguese-speaking countries, Cape Verde dropped two places to 123, São Tome and Príncipe fell to 142, Angola was at 149 and in the bottom group, there was Mozambique at 178 one place ahead of Guinea-Bissau, which remained in the same place as the year before.

UNDP is the United Nations’ global development network, an organization advocating for change and connecting countries to knowledge, experience and resources to help people build a better life.