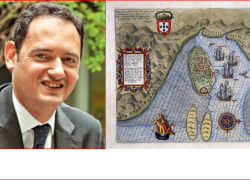 The University of Massachusetts Dartmouth, Center for Portuguese Studies and Culture, the Graduate Program in Luso-Afro-Brazilian Studies, and the African and African-American Studies Program announced a lecture, “Portuguese Colonialism in the 20th Century: An Overview,” by Professor Filipe Ribeiro de Meneses of the National University of Ireland.

There were many and deep contradictions within Portuguese colonialism in the 20th century, which meant that neither supporters nor opponents were ever able to describe it properly. The colonial project presented itself as a centuries-old enterprise, but had received new life during the ‘scramble for Africa’; it had an economic underpinning, but this was not the sum total of its many parts; it was not popular, but the Portuguese were unable to conceive of their country without it; it was doomed by the late 1950s, but Salazar’s New State vowed to defend it, thus sealing its fate.

The talk will explore the changing face of Portuguese colonialism over the course of the century, paying close attention to the decision not to decolonize in the face of the African nationalist challenge, and the consequences of that decision.

Filipe Ribeiro de Meneses is Professor of History at the National University of Ireland, Maynooth. He is the current FLAD/Brown Michael Teague Professor of Portuguese and Brazilian Studies at Brown University. He is the author of, among other works, Salazar: A Political Biography (2009), and is currently researching the links between Portugal, Rhodesia and South Africa in the 1960s and 70s.