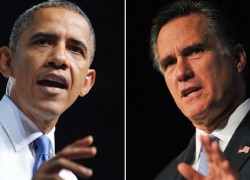 There is an estimated 20,000 individuals living in Portugal with dual nationality, but it is not known how many U.S. citizens actually live in the country and how many will cast their vote on the next week presidential election.

Yet, a source at the U.S. Embassy in Lisbon told the Portuguese American Journal, that U.S. citizens living abroad are eligible to cast their absentee vote, just by logging on to http://www.fvap.gov/  and follow the directions.

With the elections on the horizon in the United States, a spokesperson at the American embassy in Lisbon also told Lusa that, officially, there were only about 2,300 U.S. citizens in Portugal and that just about 10% of them are registered.

According to numbers from the Portuguese Foreigners and Frontiers Service (SEF), 2,324 U.S. citizens had authorization to live in Portugal.

The director of Americans in Portugal association, Patricia Westheimer, told Lusa that there are many U.S. citizens living in Portugal with dual nationality, who were Portuguese nationals who had emigrated to the USA and managed to get a U.S. passport, then returned to their homeland.

“But we do not consider them to be American. Some don’t even speak English as they lived in communities with their own bakers, laundries…” she said.

The number quoted by the SEF, she said, is probably close to reality as “the American community has been getting worn down over the past years,” she added.

“When I got here (20 years ago) U.S. companies would send over entire teams to run their branches. Not anymore. They train the Portuguese and go away,” she told Lusa.

Westheimer, who until two years ago was at the helm of “Democrats Abroad” in Portugal , said that at that time there were about 200 people on the contact list and that most Americans in Portugal were democrats.

“We once tried to organize a debate between Democrats and Republicans, but there was no Republican branch,” she said adding that she only knew one Republican.

The Republican in question, Roger Adams, a friend of Westheimer’s, acknowledged there were not a lot of U.S expatriate Republicans living in Portugal, but he believed there was more than one.