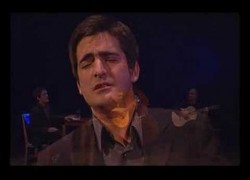 The Brooklyn Academy of Music (BAM) is hosting sounds of Fado, in “Tudo Isto É Fado” (‘All Here Is Fado’), happening December 2 and 3 as part of Next Wave Festival. The event is produced in partnership with Tempest Entertainment.

December 2, at 8pm, the event features 2 hours of exquisite performances from Lisbon’s finest musicians, tracing the roots of Fado through the Portuguese guitar and a multigenerational vocal ensemble, coupled with the US debut of Camané, a powerhouse vocalist and the leading male Fadista of his generation.

December 3, at 8pm, the event offers 2 hours of a glimpse into the future of Fado and Portuguese regional music with the sprightly pop music of Deolinda, an acoustic quartet from Lisbon, and Amália Hoje, who recasts the beloved songs of “Queen of Fado” Amália Rodrigues with fresh arrangements that combine orchestral pop, rock, and electronica.

On December 2, at 10 pm, in conjunction with the 2011 Next Wave Festival production Tudo Isto É Fado, BAMcafé Live welcomes local fadista Nathalie Pires, whose electric voice and hair-raising performances represent the genre at its most stirring. Pires comes to BAMcafé Live with tracks from her debut album, Corre-me o fado nas veias, and more. Free admission.