Travel: What you don’t need to know about Covid’19 – by Len Port 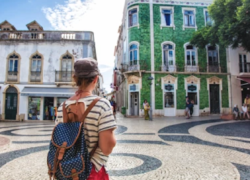 For those who are utterly confused or bored by the international travel rules due to the COVID pandemic, the good news is that from 4.0 am on Wednesday 30th June Brits can go to more green list countries, including the tiny Pitcairn Islands situated in the middle of the vast South Pacific Ocean. Or they can go the British Antarctic Territory, an enormous frozen wilderness that stretches from an iceberg-strewn coastline to the South Pole.

Travellers will not have to quarantine upon returning to the UK from these green list countries, although those who have been to the Antarctic might want to spent a couple of weeks sitting at home in front of a warm fireplace.

The bad news is that easyJet don’t run low-cost flights to the Pitcairns, which at last count had a total population of 67. Nor does Ryanair fly to the Antarctica Territory, which has no native inhabitants and only about 250 researchers and support staff.

The very much more accessible and attractive Portuguese island region of Madeira is now also on the “green list”, although very strangely the Azores archipelago is on “amber” along with mainland Portugal.

One of the few things the British government has made clear is that the likes of Madeira are on a green “watch” list, meaning they could suddenly be downgraded to amber. Such an outrageous U-turn forced many Brits to cut short visits to Portugal in early June and go scrambling home at great inconvenience and extra cost to avoid quarantine.

Many of Prime Minister Boris Johnson’s critics say he is both a buffoon and bonkers because instead of following the science as he claims, he is following his own dodgy political agenda. Portugal’s minister of foreign affairs described one of Johnson’s decisions regarding air travel as “absurd” and “illogical.”

The UK government’s handling of overseas travel during the pandemic continues to infuriate economically battered airlines, tour operators, the great many businesses in Portugal and elsewhere dependent on tourism, as well as fully vaccinated Brits longing to join loved-ones abroad.

Plenty of frustrated people who have been under tight restrictions for months are desperate to get away. Sadly, the coronavirus pandemic is not going away, not anytime soon anyway.
As in the UK, citizens across the European Union are being advised to grab a jab. EU countries have also agreed a coordinated approach to international travel.

The Portuguese government says it is taking “all necessary public health measures to protect the entire population as well as visitors.”

Essential and non-essential travel is allowed on flights to and from all EU member states, Schengen associated countries, and a number of more distant nations including the United States, the United Kingdom, Israel, Thailand, Australia, New Zealand and Japan.

The usual tests are required 72 or 48 hours before flights. Children under the age of 12 do not require test results, and from 1st July an EU digital COVID certificate will be acceptable from all EU travellers.

European countries, particularly Germany, have voiced concerns about welcoming British visitors as the prevalence of the so-called Delta variant rises and spreads. Even in the Algarve, some of the recent rising COVID cases have been attributed to foreign visitors.

From a British or EU traveller’s perspective, popping over to Pitcairn or Antarctica may be tempting, but a more relaxed visit to green Madeira, or even the amber Azores or mainland Portugal, are probably a better option.