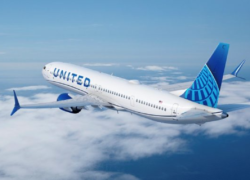 United Airlines has announced that it will start a seasonal direct flight between New York and the Azores, between May 13 and September 28, 2022, making available 19 thousand seats.

Carlos Morais, chairman of the board of the Associação Turismo dos Açores (ATA), has advanced that the seasonal operations, between June 2 and September 6, will provide daily flights, changing for three-weekly flights for the remaining of the season.

According to Morais, the United States market remains a priority for the Azores and that the announcement is the result of the effort by ATA to attract new airlines to the Azores. The expectation of the ATA is that 2022 will be a much better year than 2019 for the local tourism sector.

Currently, SATA Azores Airlines is only air carrier serving North America with regular flights from Boston and Toronto. SATA also offers direct connections between five islands of the Azores and regular connections between the Azores, Madeira, Portugal mainland and Central Europe, including Paris and Frankfurt. The Azores based airline has a long history of serving the United States and Canada from Ponta Delgada, the Azores.

In the recent past, Delta operated between New York (John F. Kennedy Airport), and Ponta Delgada, in a seasonal summer operation, with five-weekly flights, between May and September 2018 and 2019 in 2020. The carrier canceled the flights claiming the profitability of the operation fell below their expectations.