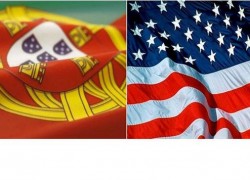 The change reflects the relatively low demand for visa services in both Ponta Delgada and Funchal, said the Embassy announcement.  It also said that U.S. consular officials will make periodic visits to Madeira to provide consular services to U.S. citizens.

In 2012, the Consulate in Ponta Delgada issued only 172 nonimmigrant visas, given that most Portuguese travel to the U.S. under the Visa Waiver Program and do not need a visa. The decision is part of a global U.S. belt-tightening policy due to budget constraints.

The U.S. diplomatic representation in Lisbon emphasized, however, that the U.S. Consulate General in Ponta Delgada will remain active and continue to provide support to the U.S. citizens, regarding the issuing of passports, birth certificates and other consular services.

According to the announcement, for further information, visa seekers are advised to visit the official website of the U.S. Embassy in Lisbon at http://portuguese.portugal.usembassy.gov.

Last year, it was announced that, effective March 1, 2012, the U. S. Embassy in Lisbon and U.S. Consulate General in Ponta Delgada would no longer process immigrant visa (IV) or diversity visa (DV) applications.

According to the announcement, all immigrant and diversity visa interviews and adjudications for residents of Portugal would take place at the U.S. Embassy in Paris, France.

The change would only affect the immigrant visa processing. The U.S. Embassy in Lisbon and the U.S. Consulate General in Ponta Delgada would continue to process nonimmigrant visas for business, tourism, education, and other purposes, the announcement said.