Travel: Tourists from the US are the fastest group visiting – Portugal 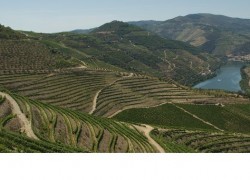 Tourists from the United States are the fastest growing group visiting Portugal, according to the Portuguese national tourist board, Lusa reported.

The number of US visitors who came to the country in the first six months of the year was up 7.5% compared to a year earlier, at 135,000, putting the US ninth in terms of the countries from which tourists originate.

“We attribute the growth to a sustained campaign in the United States to show the real Portugal as an authentic, unique place, at the right price. Portuguese hotels have prices 10 to 40 percent lower than similar countries in the Euro Zone,” said Miguel Alves, Turismo de Portugal representative for North America.

Another factor, he added, is “word of mouth,” since “more and more Americans return from Portugal and share the authenticity of the experience and the warmth of the Portuguese people,” he said.

In the past year, many of Portugal’s provinces were profiled in various US magazines, including the tourism supplements of leading publications such The New York Times, which has devoted whole pages to the regions of Douro and Alentejo, in mainland Portugal, and the Madeira archipelago.

Spending by US tourists visitng Portugal rose by 17.5%, to 180 million euros, last year, placing the country seventh among other countries taking advantage of Portugal’s touristic amenities such as luxury hotels, spas and star chefs.