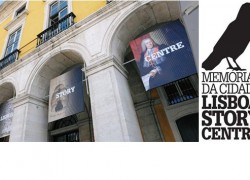 Inaugurated last September, the Lisbon Story Center hosts a permanent exhibit dedicated to the history of the Portuguese capital, the newest attraction for the city’s visitors.

Located in Terreiro do Paço [Praça do Comércio] the new interactive center offers a 60 minute virtual tour of the city. From its mythological beginnings to contemporary Lisbon, the exhibit displays multimedia technology combining pictures, drawings, photographs, sound and video.

Respectively: The Phoenician and Roman occupations, followed by the Visigoth invasion and the Muslim conquest; Lisbon the capital of the Portuguese colonial empire; the earthquake of 1755 and the reforms of the Marquis of Pombal; and a final section on the recent revival of Terreiro do Paço. 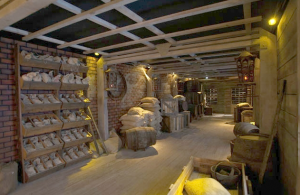 Walking along an area of about 2,200 square meters, visitors are guided through a sequence of virtual exhibition rooms, assisted by video and audio guides available in several languages and with versions adaped for children. Visitors are also able to access touch screen interactive database information stations, organized chronologically, regarding various areas of study about Lisbon and its historic past. 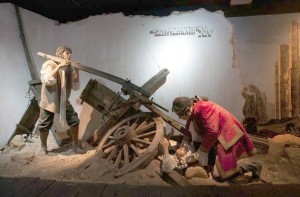 A special feature of the exhibit consists of an eight-minute 4D simulation of the massive November 1st, 1755 earthquake, which devastated the city.  In addition to the quake, Lisbon and its estimated 200 thousand inhabitants experienced a gigantic tsunami and a raging fire lasting for over six days.

The film is shown in a special mini theater, where visitors will sense the earth-shaking event. Through quivering visual and sound effects, the display depicts the collapsing of buildings, the fire and the ensuing tsunami which caused the demise of an estimated 40 thousand people caught in the rubble.

The earthquake enactment is followed by a video presentation showing the rebuilding of Lisbon and its architectural innovation. The effort was directed by Marquis of Pombal, immediately after the disaster.

The Lisbon Story Center project is the initiative of Associação Turismo de Lisboa and Câmara Municipal de Lisboa (Lisboa City Hall). It includes a restaurant, two cafés, a bar, a beer hall, a florist shop, and space for special events and temporary exhibitions.

To complement the learning experience, visitors may also tour the City Museum dedicated to Lisbon’s history and cultural heritage.

The new exhibit is open daily from 10AM to 8PM. Entrance tickets cost adults 9€, seniors 7€ and children 5€. Group tickets are also available at a reduced price. The last tour entry is at 7PM. The project worth €3million is expected to draw 300 thousand visitors a year. Find more information here. 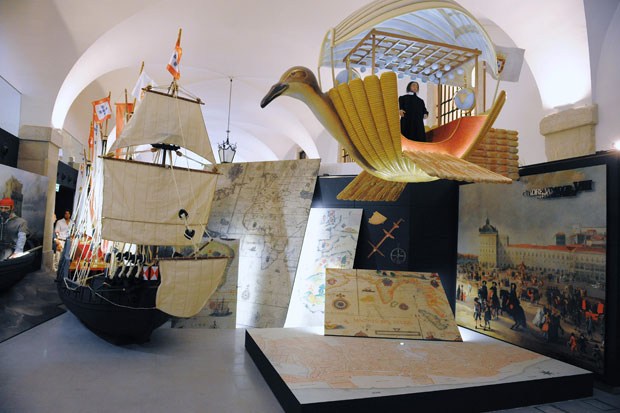 Models of navigation aparatus, including the iconic «passarola» by Bartolomeu de Gusmão.