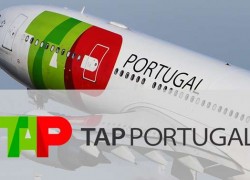 The new flights are in addition to TAP’s existing services to Miami (FL) and Newark (NJ). TAP also serves Porto twice weekly from Newark. Altogether, TAP’s US service will grow to 30 flights per week. They’ll feature 271 seats in three cabins; Executive Class, Economy Plus and Economy.

The new TAP Portugal routes will be operated with new Airbus A330 aircraft to be delivered in June. Fares start from USD$799 (tax included) roundtrip.

In order to prompt its expansion in the USA, TAP is taking delivery of two additional Airbus A330’s, its long-haul fleet increasing thus to 20 aircraft. Additionally, TAP recently announced an order for 53 new Airbus aircraft

TAP Portugal partnering with JetBlue flights from more than 20 US cities will feed the JFK, Boston and Newark routes with convenient connecting flights.  TAP will operate from JetBlue’s Terminal 5 at JFK (NYC) and Terminal C at Logan (Boston).

TAP Portugal’s partnership with JetBlue intends to expand operations to 10 more US destinations and eight more in Brazil, while bringing more passengers from those countries into Europe. They hope the new service will increase tourism in Portugal, and that Lisbon will serve as an entryway to the rest of Europe for U.S. travelers coming from the East Coast.

Such partnerships allow airlines to sell connecting seats on each other’s flights. Under the TAP-JetBlue partnership, for example, a JetBlue customer could book a single ticket from Pittsburgh to Lisbon via Boston with JetBlue flying the Pittsburgh-Boston flight and TAP flying the Boston-Lisbon flight.

A number of round-trip fares will be made available (from September 22) for as low as $257 from New York-JFK to London-Heathrow and $282 to Amsterdam. In early November, you can get to Paris for $281. The full list of destinations, all in the neighborhood of $300 and first spotted by Scott Keyes, of How To Fly For Free, includes: Amsterdam, Barcelona, Brussels, Copenhagen, Geneva, Lisbon, London, Madrid, Milan, Nice, Oslo, Paris, Prague, Rome, and Zurich.

Recently, Portugal’s Socialist government has reached an agreement with Atlantic Gateway consortium to privatize TAP Air Portugal in a deal that leaves the state run flag carrier under private management but gives the state a veto over strategic decisions.

According to the deal, the Portuguese government agreed to pay Atlantic Gateway, a joint venture between JetBlue founder David Neeleman and Portuguese bus company owner Humberto Pedrosa, €1.9m to increase the government’s stake to 50 %. A planned sale of 5% of TAP to employees would leave Atlantic Gateway with 45%.