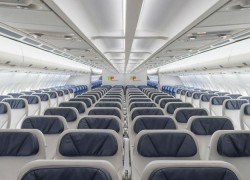 TAP Portugal is now offering a twice-weekly flight between Newark and Porto, mainland Portugal, in addition to daily non-stop direct flights to Lisbon from John F. Kennedy Airport (JFK) in New York and the Logan International Airport in Boston, Massachusetts. Tap Portugal has also increased its seasonal offer with direct daily flights to Lisbon from Miami and Newark for summer term.

Customers will be able to access as many as 34 other North American destinations, including San Francisco, Los Angeles, Washington D.C, Chicago, Las Vegas, Orlando, Detroit, New Orleans, Savannah, San Juan, Richmond and Tampa, among others.

TAP Portugal currently operates over 2,000 weekly flights to 88 destinations in 38 countries on a modern fleet of 88 airplanes, 63 of which manufactured by Airbus. Routes include destinations in Europe, North, Central and South America and Africa.

Other awards include voted Best Airline in Europe in 201, 2012, 2013 and again in 2015 by the Global Traveler, USA; and honored by UNESCO and by the International Union of Geological Sciences with the IYPE “Planet Earth Award 2010”, in the category of “Most Innovative Sustainable Product.”

TAP was also voted Best Airline by Conde Nast Traveller Magazine in 2010, Best Portuguese Tourism Company by the specialized magazine Marketeer, in 2011 and named the airline with ‘Best Reputation’ by the Reputation Institute in 201. TAP Portugal while Inflight Magazine was voted Best European Inflight Magazine by the WTA awards in 2015.