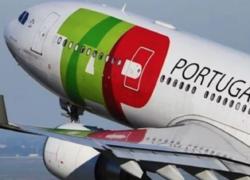 TAP Air Portugal will offer two new nonstop routes from North America to include Boston/Ponta Delgada and Montreal/Lisbon. The new service will be launched in the summer of 2020.

The company will also increase the number of connections between Lisbon and Ponta Delgada, from four to five daily.

TAP did not offer a specific start date for either of the routes, but plans to operate five weekly flights between Boston and Ponta Delgada (São Miguel) and six flights between Montreal and Lisbon.

TAP will also compete with Canadian low-cost carrier Air Transat, which flies the route nonstop five times a week during the summer season.

TAP has been carrying  almost one million passengers annually on the North American routes, up 250% since 2015, expecting to carry an additional 390,000 travelers between Portugal and North America next year, almost four times more than in 2015.

“We’re excited to keep adding new cities from the USA to Portugal,” said David Neeleman, founder of JetBlue Airways and a major shareholder in TAP.

An extra weekly flight will be aded to its Newark-Porto service making that a daily operation, along with the daily Newark-Lisbon service.

TAP will also add two weekly Miami-Lisbon flights this winter and a third next summer for a weekly total of 10 roundtrips.

Two weekly flights will be added to the Chicago-Lisbon and Washington, DC-Lisbon routes. TAP also serves both Boston-Lisbon and Toronto-Lisbon daily, and San Francisco-Lisbon with five flights weekly.

Lisbon bound travelers will be able to connect to Porto or Faro (mainland Portugal); Ponta Delgada or Terceira (the Azores); and Funchal or Porto Santo (Madeira).

North America is already one of the company’s three main international markets. By the summer of 2020, in total, TAP will operate 82 weekly roundtrips from nine gateways in North America to Portugal.

“This is a historic moment in TAP’s journey,” said Antonoaldo Neves, TAP Air Portugal’s CEO. “With the inauguration of these new routes, TAP goes from just three routes in 2015 to 11 North American routes, the same number is has to Brazil. It’s another important step in the airline’s expansion and diversification,” he said.

The new routes will be operated by fuel efficient brand new A321LR aircraft, which have a total of 171 seats, including 16 business class seats and 155 economy seats. The airline has a total of 14 of these planes on order.

Currently, TAP Air Portugal operates from 8 airports in North America, 10 in Brazil, one in Venezuela, 16 in Africa and approximately 70 in Europe. In January 2020, TAP will also launch its seventh flight per week to the island of Sal, in Cape Verde.