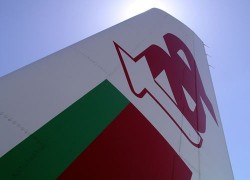 TAP flight 6505 is currently serving routes from Boston to Ponta Delgada and Ponta Delgada to Lisbon. The flight is departing four times per week (Tuesday, Wednesday, Friday, and Sunday).

Atlantic Gateway purchased 61% of the carrier from the government of Portugal on June 24, 2015, with an option to buy the Portuguese government’s remaining 34 % stake in 2018. The remaining stake is held by TAP employees. TAP will maintain the  the airline’s main hub in Portugal for a minimum of 30 years.

After privatization it was announced that TAP would add 10 new destinations in the United States, in addition to Miami (Florida) and Newark (New Jersey).

TAP Air Portugal operated in the United States in partnership with Azores based SATA Airlines, both state controlled. Until now, transatlantic flights between North America and the Azores were exclusively restricted to state owned SATA Airlines.

Although TAP Air Portugal is planning to establish regular flights from Boston to Lisbon within a year, current TAP flight 6505 is operated by SATA Airlines.

(*) Clarification: According to the responsible for Media Relations for TAP North America, the airline is “no longer known as ‘TAP Air Portugal’ but  “TAP Portugal’. The flight referred in this article ” is not a new flight, it has existed for quite some time and it is a code share flight with SATA. The flight is operated by a SATA aircraft and its crew […] The service is provided as a codeshare with SATA.”