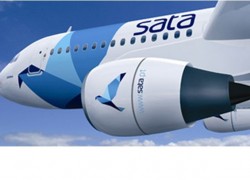 Starting in June, the Azores-based SATA airline is launching one-stop service from Boston to Porto, mainland Portugal, it was announced Monday.

According to the announcement, SATA will offer wide-body jet service to Porto four times a week, from June to September, with a stop in the Azores in both economy and business classes.

Beginning April, SATA had doubled its weekly service from the U.S. to the Azores and mainland Portugal, including a new non-stop direct flight to Lisbon.

SATA also formed a partnership with Canadian Westjet, the second largest Canadian airline, to provide air services between the Canada and the Azores. Under the agreement, SATA offers flights between Canada and to Azores though Toronto and Montreal with connecting flights from Winnipeg, Vancouver, Calgary or Ottawa.