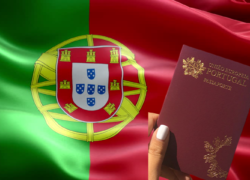 The Portuguese passport was ranked sixth, down from fifth, as one of the most “powerful” in the world offering visa-free passports for 187 countries, according to the 2023 Henley Passport Index (HPI).

Portugal shared the same spot with France, Ireland, and the United Kingdom.

The HPI, based on data from the International Air Transport Association (IATA), had placed Portugal on fifth  place in 2022, sixth in 2021, and seventh in 2020.

While Germany’s passport ranked as the highest-ranking in Europe, the Portuguese passport ranks higher than a passport issued by the United States, ranking seventh with Belgium. Czech Republic, New Zealand and Canada ranked eighth place with Greece and Malta.

The least effective passports in the world are issued by Syria, Iraq and Afghanistan with less than 30 visa-free destinations.

Portugal is a member of the Schengen Area, a group of 26 European countries that have abolished passport and other types of border control at their mutual borders. This allows for free movement of people within the area.

Before applying for a Portuguese passport, non-citizen need to obtain Portuguese citizenship and live in Portugal for at least five years. Applicants may be required to be interviewed and take a Portuguese language test. Both Portugal and the United States of America allow for dual citizenship. Holders of U.S. passports may enter Portugal for up to 90 days for tourism or business without a visa. The U.S. passport should be valid for at least three months beyond the period of stay.

The Henley Passport Index monitors the world’s most travel-friendly passports since 2006, ranking 199 passports in the world according to the number of destinations that its holders can access without a prior visa. It’s updated in real time throughout the year, as and when visa policy changes come into effect. It maintains the largest and most accurate database of travel information in the world, updated by research by the Henley & Partners Research Department.