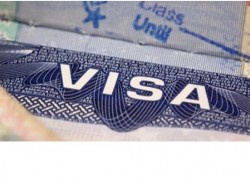 Portugal, Canada, France, Ireland, o Japan, Norway, and Spain hold a joint fourth rank (170) on the 2013 Henley & Partners Visa Restrictions Index – A Global Ranking of Countries based on Freedom of Travel for their Citizens.

Visa restrictions are an important tool for governments to control the movement of foreign nationals across borders. Visas are a standard requirement for most countries as certain non-nationals wish to enter their territory.

At the same time, visa requirements or the lack thereof, are also an indication of the relationship between individual nations and the status of a country within the international community of nations.

Henley & Partners is pleased to present this year’s index, ranking countries according to their citizens’ visa-free access to other countries as of July 2013. An index score of 170 means that a Portuguese passport holder, for example, may enter 170 countries and territories without a visa. The score then determines the rank that a country occupies within the index. This global ranking reflects the international freedom of travel for the passport holders of various nations, as well as the international relations and status of individual countries relative to others.

Canada has risen again to fourth rank from a previously rank 6 in 2012 (170). Switzerland has gained two ranks, joining Austria and New Zealand on rank 5 (168). The last place in this year’s top ten is held by Liechtenstein (159), with the Republic of Korea (160), a country, which until 2011 featured much lower in the ranks, at rank 7.

Malta has gained two places moving up into 9th place with 163, while Hong Kong has gained five places, now in 14th place with a score of 152. St. Kitts and Nevis (131) has moved from 38th to 24th place in just five years, along with Antigua and Barbuda (130) which has gained six places since the 2012 ranking.

The United Arab Emirates have gained eight ranks (56th) along with India (74th). Venezuela and Zimbabwe, both of which had previously slipped several ranks have recovered and their scores are rising, now at 27th and 67th rank respectively.

Pakistan, Somalia, Iraq and Afghanistan remain in the bottom four places of the ranking, which means that citizens of these countries enjoy the least freedom of travel.